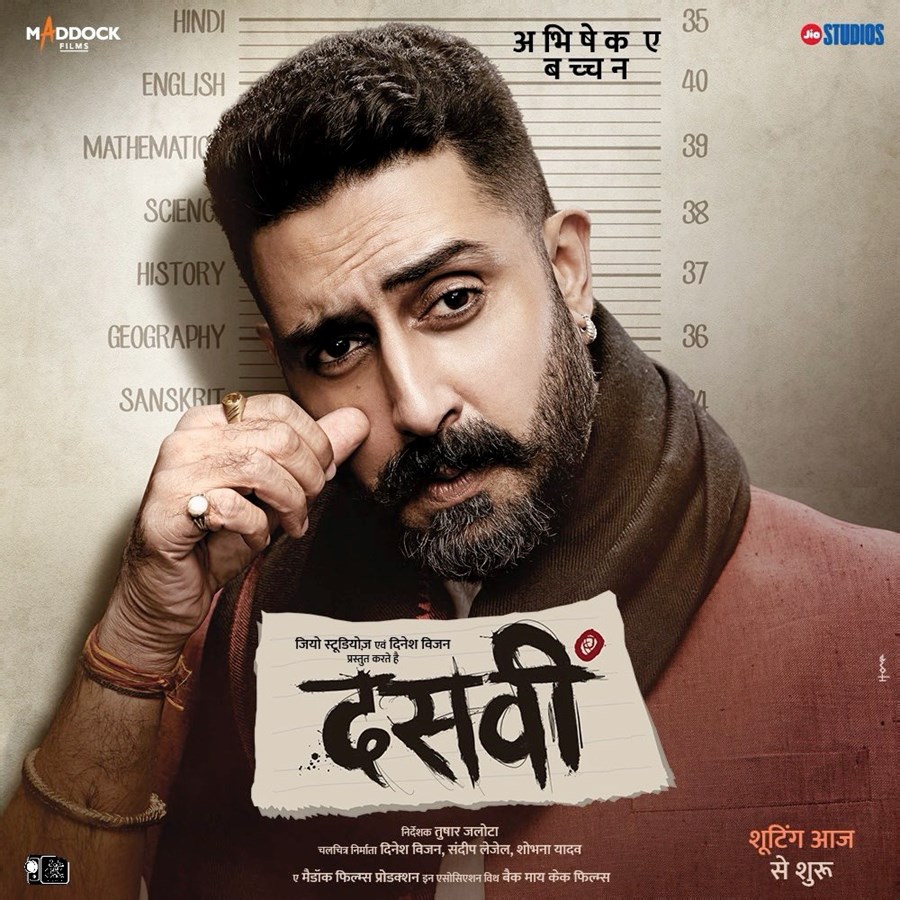 The makers just dropped the first look poster of Abhishek Bachchan as Ganga Ram Chaudhary from the film and confirmed that the shoot has begun.

On the poster, Abhishek Bachchan is seen in a rugged avatar with a salt-and-pepper beard and gold earrings. Going by the title, Abhishek seems to be a man who hasn’t even passed the tenth grade. The actor is showing an intense yet funny look in the poster which has made fans excited as ever.

The film is helmed by debutant director Tushar Jalota, the film is written by Ritesh Shah, and bankrolled by Jio Studios and Dinesh Vijan.