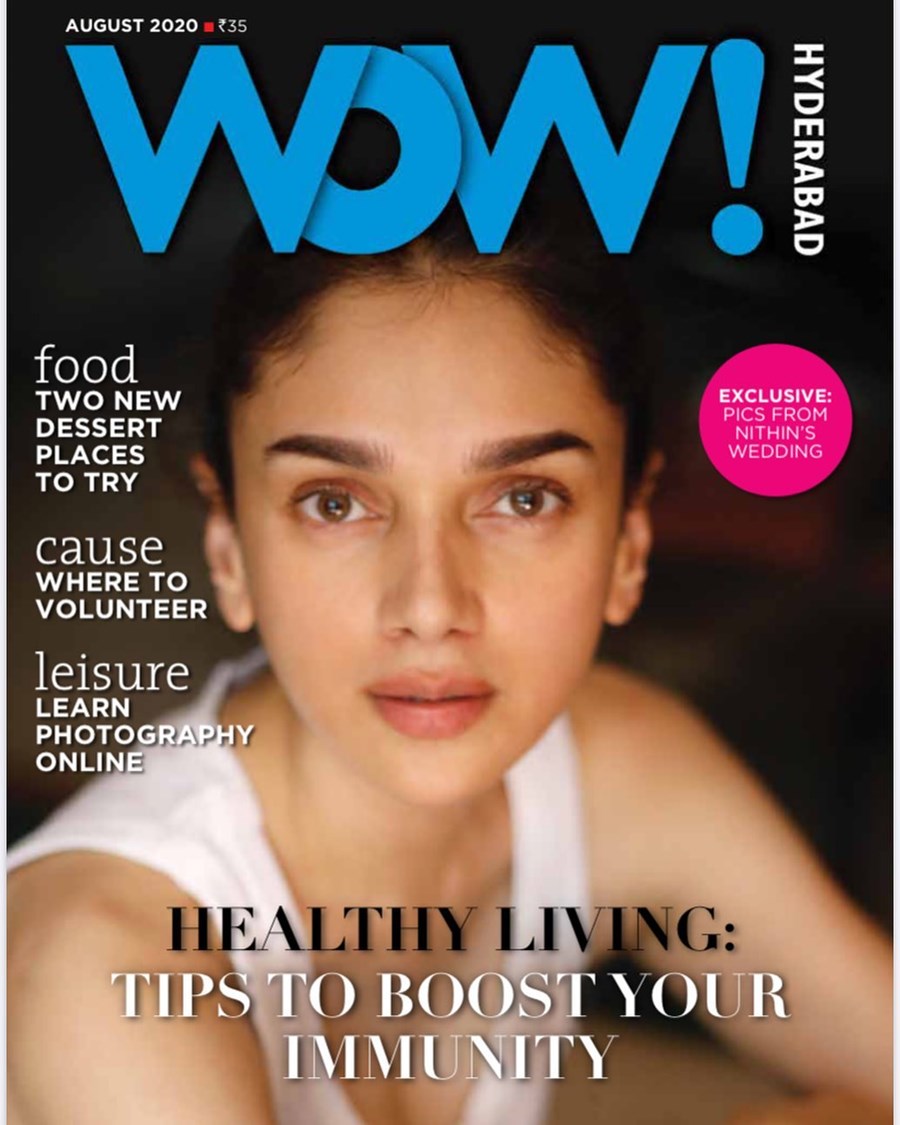 With her latest cover with WOW magazine, it will be safe to say that Aditi Rao Hydari looks drop-dead gorgeous without any make-up. The beautiful and talented actress is blessed with flawless skin and she is flaunting it on the August issue.

Aditi Rao Hydari just took to her social media profile and dropped her latest cover spread with WOW Hyderabad Magazine. She also shared that the cover-photo is shot by her brother and she is wearing no makeup.

She captioned it, “@wowhyderabadmagazine…Really enjoying these wake up-no makeup (for real) shoots. And apart from the thrill of running around to find good light, I get to bully my brother into shooting me (he’d rather shoot me with a gun)”

The Wow Hyderabad Magazine handle also shared the same. They captioned it, “@aditiraohydari graces our August cover! Check our new issue…learn how to build your immunity from expert advice and more!”

6 Robustful Ways To Enhance Your Self Esteem Quickly

Meanwhile, on the work front, Aditi Rao Hydari has an interesting line up of releases. She will be seen in movies such as V, The Girl on the Train, Hey Sinamika and Tughlaq Durbar.

The Girl on The Train is a mystery thriller drama film directed by Ribhu Dasgupta and produced under the banner of Reliance Entertainment. The film stars Parineeti Chopra playing the role of an alcoholic divorcee who gets embroiled in a missing person’s investigation and also introduces British star, Sammy Jonas Heaney. The film release has been postponed due to the COVID-19 pandemic.