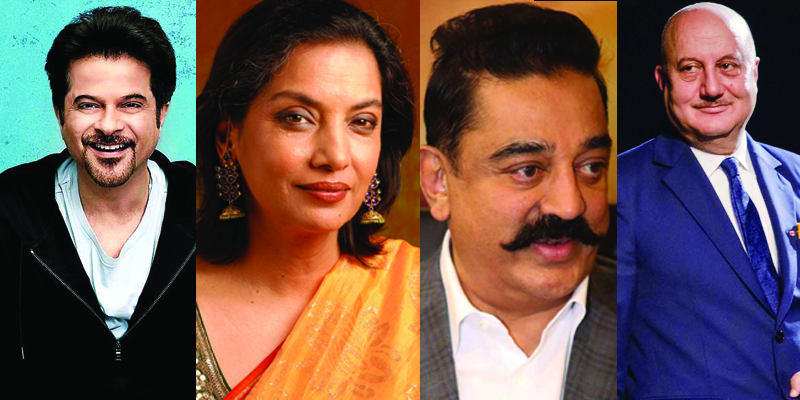 Celebrate Father’s Day with an Opulent Brunch at Seasonal Tastes

Bollywood bigwigs such as Kamal Haasan, Anil Kapoor, Anupam Kher, Shabana Azmi and more shares condolences messages on Girish Karnard passing away this morning.
Karnad, 81, died at his residence in the city centre earlier in the day due to multi-organ failure. The Karnataka has declared a holiday for schools, colleges and government offices in the state on Monday and a three-day mourning till Wednesday, as a mark of respect to Jnanpith awardee, multi-lingual actor and noted writer Girish Karnad.
Film celebrities such as Kamal Haasan, Anil Kapoor, Shabana Azmi and Anupam Kher shared condolences messages for the family on their social media timeline.
Actor turned politician Kamal Haasan shared, “Mr.Girish Karnad, His scripts both awe and inspire me. He has left behind many inspired fans who are writers. Their works perhaps will make his loss partly bearable.”
Actress Shabana Azmi, who has worked with the deceased actor, stated that she is deeply saddened and urge media to let her mourn in privacy. She wrote, “‏Deeply saddened to learn about #Girish Karnad. Havent yet been able to speak with his family. Its been a friendship of 43 years and I need the privacy to mourn him. I request the media to kindly excuse me from giving quotes.”
Actor Anil Kapoor wrote, “I met Girish Karnad way back when he was the principal of the film institute & then worked with him in Pukar. He was a great man & playwright. His stories will forever remain in our hearts & minds. Sending my prayers & heartfelt condolences to his family”
Veteran actor Anupam Kher shared, “‏Deeply saddened to know about the sad demise of Sh. #GirishKarnad ji. He was a great artist, scholar and a brilliant playwright. My first small appearance in the film Utsav was under his direction. Also acted in both #Tuglaq and #Hayavadan – plays written by him. Om Shanti”
The state government has declared holiday for all schools, colleges and offices for the day (Monday) and three-day mourning till June 12 as a mark of respect to Karnad.
Tags
Anil Kapoor Anupam Kher hearts & minds Kamal Haasan Shabana Azmi
0 Comments
Lifeandtrendz June 10, 2019
Share
Tweet
Share
Pin
Popular Posts