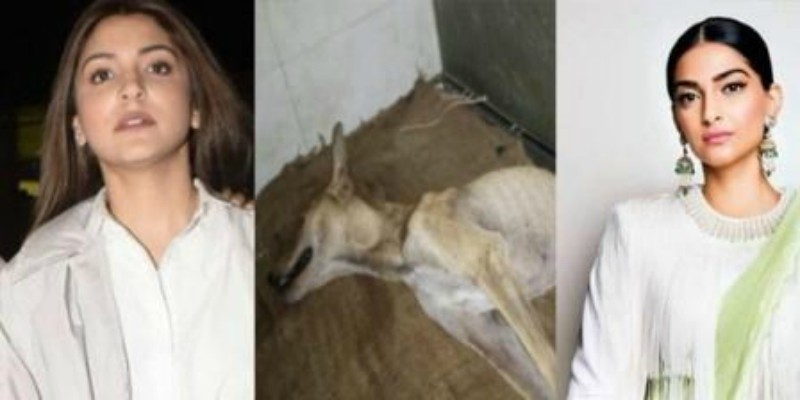 Bollywood actors Anushka Sharma and Sonam Kapoor brought attention to an animal abuse case on social media. A stray dog in Mumbai during the rains sought shelter in a Worli complex where security guards trashed the dogs for entering the complex on orders of a resident.

According to reports, the dog is currently in coma struggling for his life. After a video of the assault went viral on social media the Bombay Animal Rights on July 27 lodged an FIR with the Worli police against the two accused who severely injured the stray with head and abdominal injuries.

Anushka Sharma and Sonam Kapoor shared the pictures and video of the stray asking for better animal safety laws. Anushka wrote, “The inhumanity of this act is just unbelievable. This is the time for our community to step up and find a way to help get justice to a soul that can’t stand up for himself. If there is any way one can reach out to help, this is the time. Please swipe left for all the information.”

The incident took place on 24th July and post registering the FIR the guards were left off by police within 20 minutes of formality questioning.

Sonam Kapoor too shared the incident on her social media she shared a tweet and an Instagram post and wrote, “Please help! An FIR has been registered with the Worli Police Station by Bombay Animal Rights on 27/7/19 as Nishank had stopped responding to all our calls All videos & evidence available & provided to the police We need help for this Pup from our animal welfare community. BOMBAY ANIMAL RIGHTS 9920388000”