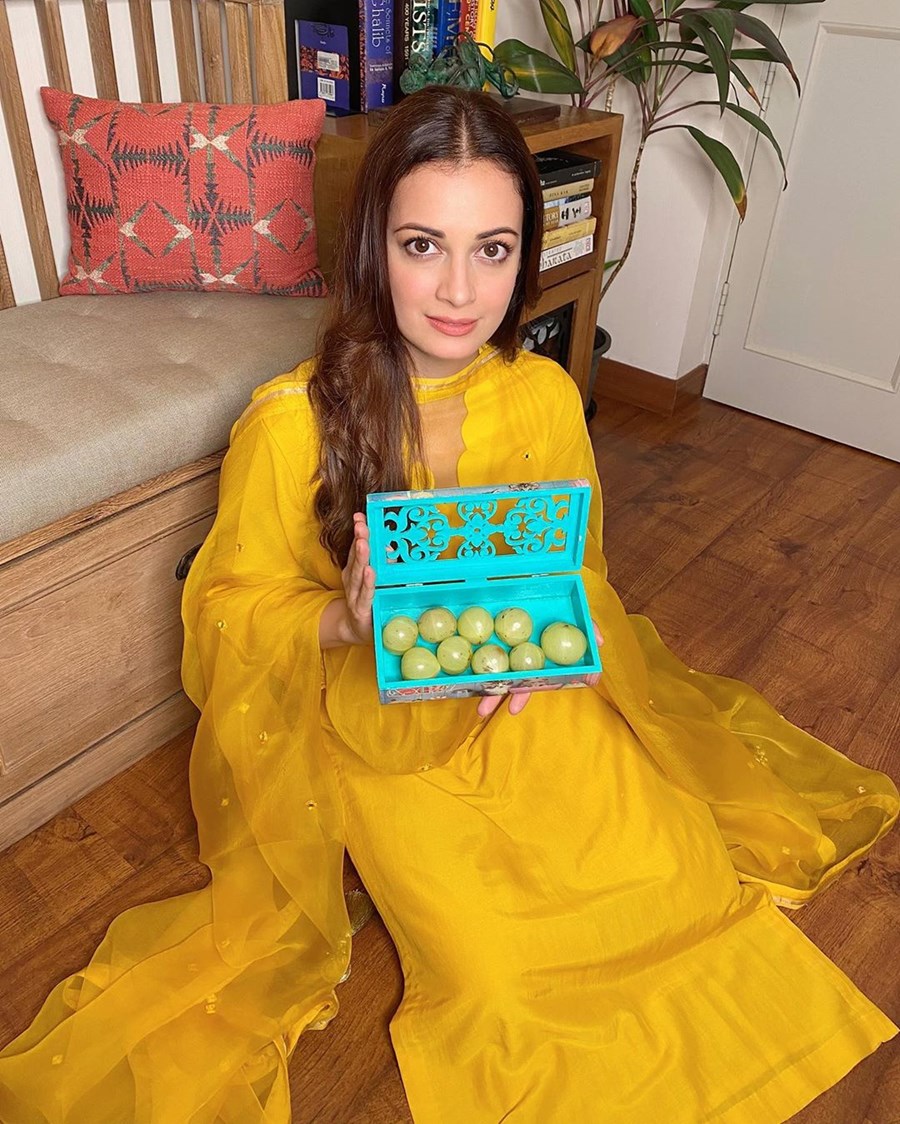 Actor Dia Mirza is also a humanitarian and continuously works toward women empowerment, and one of the key elements is proper nutrition for India woman. The actress just took to her social media and under the project Streedhan urged women to take proper vitamins.

Project Streedhan aims to remind women that their health is their true wealth. Dia Mirza shared a picture on her-self and urged women to eat Amla to built their immunity.

She wrote, “Did you know, 3 out of 4 women in India are deficient in vitamins. Between taking care of our family and working hard at our jobs, let’s not take our own health for granted. It’s so important to be conscious about how we choose to nourish our body and vitamin-rich foods like amla help greatly with immunity. The answer to good immunity lies in everyday foods. Our health is truly our greatest wealth, let’s value it…@project_streedhan #ProjectStreedhan #InvestInYourImmunity #sehatkitijori”

Meanwhile on the work front, Dia was last seen in ZEE5 web series Kaafir. Set in Kashmir, she starred opposite Mohit Raina in the series. She was awarded the Dada Saheb Phalke International Film Festival Awards 2020 for her performance in Kaafir.

Why Invest on New Purchase Get it serviced! Callus ! 20 Years of Experience in IT Industry Services

Next, she is part of Wild Dogs, a forthcoming action thriller film written and directed by debutant Ashishor Solomon. Starring Nagarjuna, Saiyami Kher and Atul Kulkarni, the film is produced by Niranjan Reddy and Anvesh Reddy under Matinee Entertainment banner.