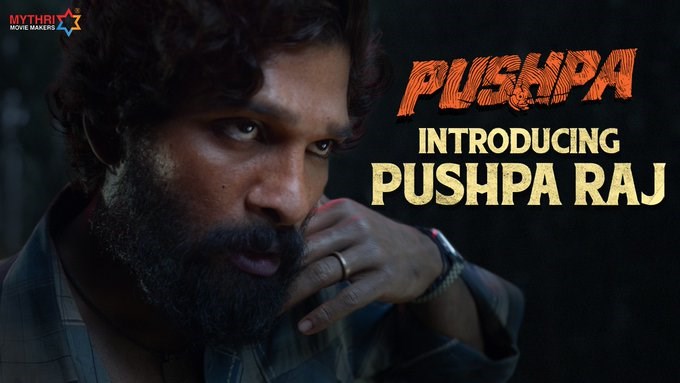 After teasing the fans with a teaser, the makers introduce ferocious Pushpa Raj from the forthcoming action drama starring Allu Arjun in the lead role, on his Birthday Today.

The high-octane action drama is based on Pushpa Raj, an outlaw wood-bandit living his life in jungles with his gang. Needless to say, as usual, Allu Arjun is seen performing some of the most iconic and outstanding action stunts.

The film is written and directed by Sukumar and bankrolled by Naveen Yerneni and Y. Ravi Shankar of Mythri Movie Makers in association with Muttamsetty Media.

The film’s music is composed by Devi Sri Prasad, with cinematography and editing were performed by Miroslaw Kuba Brozek and Karthika Srinivas respectively. The film is scheduled to release on 13 August 2021, in Telugu along with dubbed versions in Malayalam, Tamil, Hindi and Kannada languages.