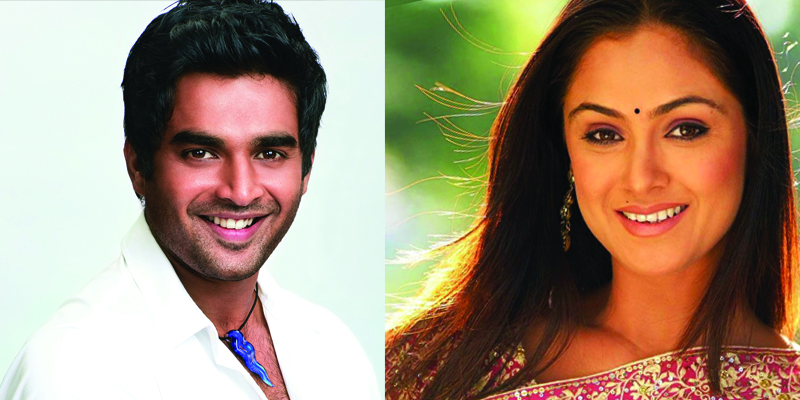 Rocketry : The Nambi Effect is an upcoming Indian biographical drama film based on the life of Nambi Narayanan, a former scientist and aerospace engineer of the Indian Space Research Organisation who was accused of espionage.
The film is written, produced and directed by R. Madhavan, who also stars in the lead along with Simran.
The movie marks the reunion of Madhavan and Simran, the leading pair is sharing screen space after a gap of 15 Years.
Madhavan just took to his social media profile and shared a candid still and captioned it, “15 years later. Thiru and Indira turn into Mr. & Mrs. Nambi Narayanan. #rocketryfilm @actormaddy #actormaddy #rocketrythenambieffect #15yearslater @SimranbaggaOffc @vijaymoolantalkies”
The film will be shot simultaneously in Hindi, Tamil and English, with the Tamil version titled as Rocketry: Nambi Vilaivu and features a soundtrack composed by Sam CS.
The story spans across Narayanan’s days as a graduate student at Princeton University, before exploring his work as a scientist and the false espionage charges placed upon him.
Tricolour Films and Vijay Moolan Talkies are producing the venture
Tags
English Hindi Nambi Nambi Narayanan R Madhavan Reunited Simran Tamil
0 Comments
Editorial June 15, 2019
Share
Tweet
Share
Pin
Popular Posts

Raghava Lawrence Is Back To Direct Laxmmi Bomb

Mahabharatha to be made in Tamil at Rs 1000 cr!

IIFA Utsavam to kick-start on 28 March!