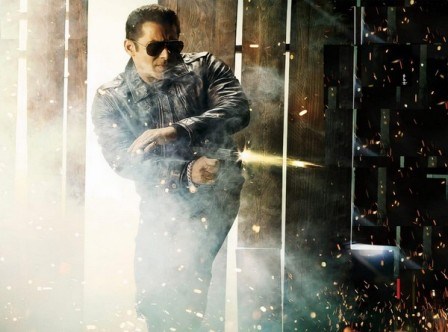 Good news for all Bhai fans, actor Salman Khan is all set to start shooting for ‘Radhe’ from 2 October at ND Studios in Karjat. This 15-day schedule will be followed by a final shoot at Mehboob Studios in Bandra for the patchwork.

Along with adhering to the Standard Operating Procedures (SOPs) laid down by the government, the team will also take some additional precautions to ensure the safety of the cast and crew.

The team will be filming in the outskirts of Mumbai and in order to avoid everyday travel, the production team has booked a hotel close to the studio, where all the crew will be stationed. Maintaining the utmost level of safety, no member would be allowed to meet any outsiders for the duration of the shoot.

Sohail Khan, who is producing the film with brother Salman and brother-in-law Atul Agnihotri, stated that they are creating an air bubble and all modes of transportation will be regularly sanitised.

Radhe: Your Most Wanted Bhai is an upcoming action film directed by Prabhu Deva and produced by Salman Khan, Sohail Khan and Atul Agnihotri.

The film also stars Disha Patani, Megha Akash, Randeep Hooda and Jackie Shroff.  The film was slated to release on 22 May 2020,[5] but was postponed due to the COVID-19 pandemic. This film is remake of South Korean film Veteran.