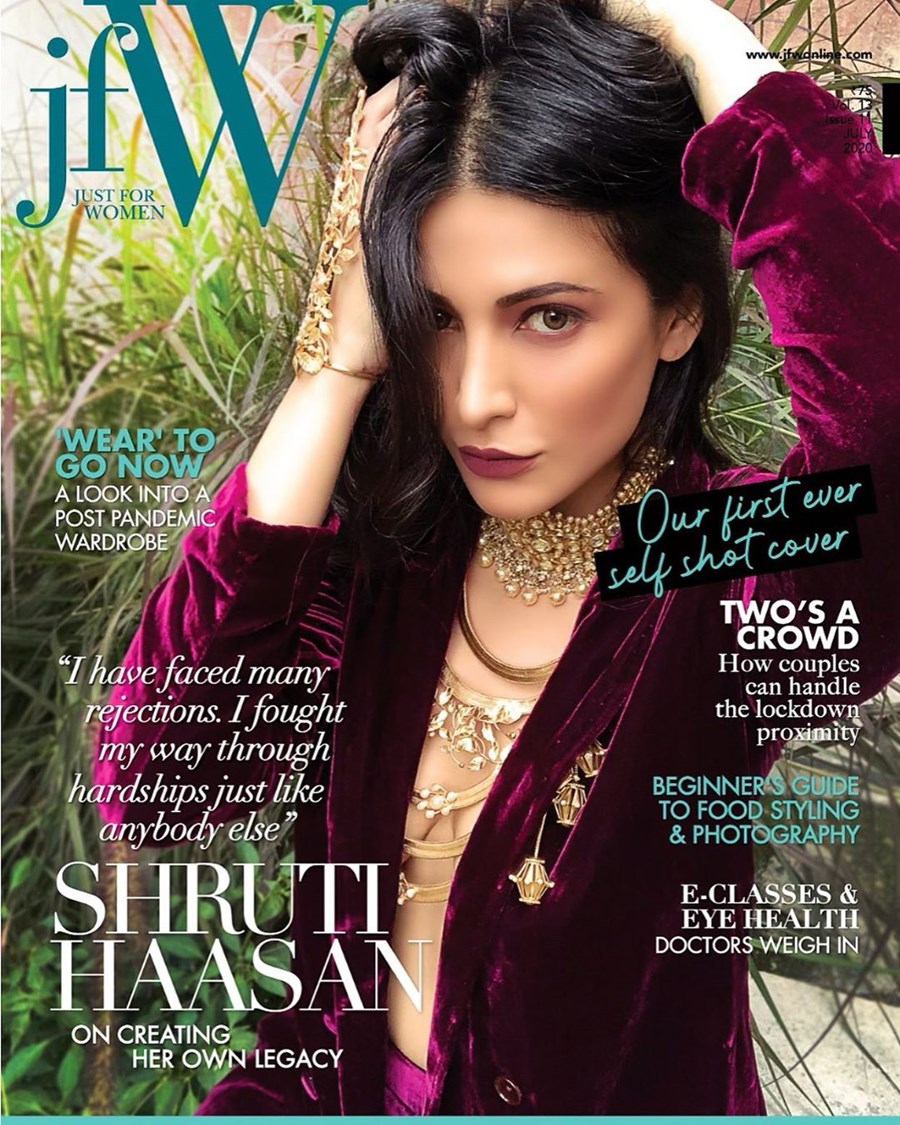 Prabhas20 First Look To Be Out On This Date

Actress Shruti Haasan graces the cover page of leading magazine JFW (Just for Women) for the entire month of July. Interestingly she shot the cover picture herself, it is a self-shot cover!

The actress Shruti Haasan took to her social media profile and shared the cover page. She captioned it, “Had so much fun being the cover girl for @jfwdigital experimenting with looks styled by @amritha.ram and this customised suit by @archithanarayanamofficial with from @suhanipittie and @amrapalijewels and  @stevemadden me and me with help from @macho.feminist”

Shruti is looking vibrant and style diva on the cover. Sporting magenta colour outfit, she is heavily accessorized and flaunting her dark lips.

The official handle of JFW shared the same, the caption read, “JFW July…Presenting to you JFW’s First ever self-shot cover shoot featuring @shrutzhaasan! Catch up with the fantastic pics and read about her journey in life, music and films!”

Meanwhile on the work front, Shruti will be seen opposite Vidyut Jammwal in forthcoming crime drama Yaara, which premiere on July 30 on ZEE5.

The film also stars Amit Sadh, Vijay Varma, Kenny Basumatary and Sanjay Mishra, is a licensed adaptation of the French feature film “A Gang Story”. Set in the backdrop of North India, the film revolves around an enduring friendship between four notorious criminals and traces their rise and fall.

Helmed by Tigmanshu Dhulia, the film is produced by Sunil Kheterpal for Azure Entertainment.