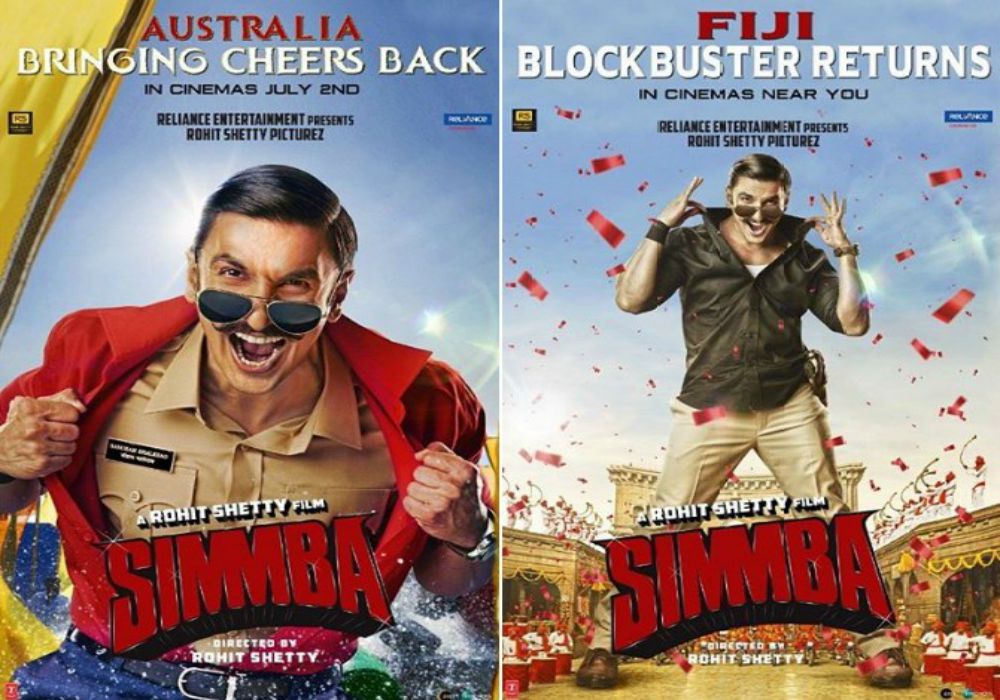 Superstar Ranveer Singh starrer Simmba will be the first Indian movie to hits the theatres of Fiji and Australia, after the lockdown.

Rohit Shetty directorial Simmba paired Ranveer Singh and Sara Ali Khan for the first time. The movie was a massive hit and now it will be re-released in Australia and Fiji.

The ‘Gunday’ star, put out two posters of the film on social media and announced the re-released of the flick. One of the posters read, “Blockbuster returns in cinemas near you” while the other said, “Australia bringing cheers back in cinemas July 2nd.”

The 2018 cop-drama ‘Simmba’ was the actor’s first project with filmmaker Rohit Shetty.

Shetty and Singh also collaborated for Shetty’s upcoming film ‘Sooryavanshi,’ that was slated for release early this year but had to be postponed due to the COVID-19 pandemic. The film features Akshay Kumar and Katrina Kaif in lead roles, along with Singh and Ajay Devgn making guest appearances.

Social Media Is The Most Toxic Place Says Kriti Sanon

Ranveer Singh will be next seen in the sports drama ’83’, a cinematic portrayal of India’s victory in the 1983 Cricket World Cup.