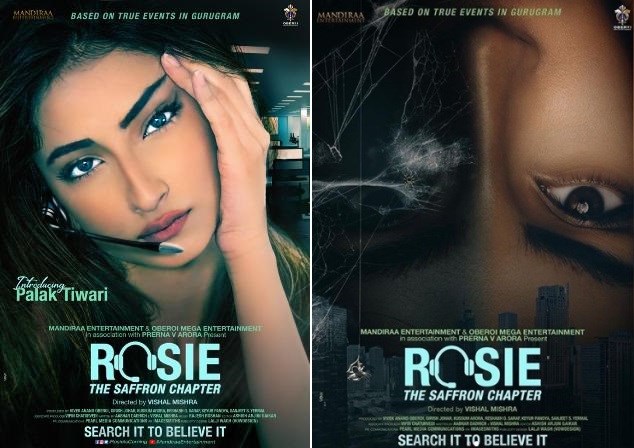 Actress Shweta Tiwari’s daughter Palak Tiwari is all set to make her acting debut with a film titled Rosie says she is excited about her debut.

Rosie: The Saffron Chapter is touted as India’s first horror-thriller film, based on true events in Gurugram. It is directed by Vishal Mishra. The film is presented by Mandira Entertainment and Vivek Anand Oberoi’s Oberoi Mega Entertainment in association with Prerna V Arora.

In the poster, we see a close-up shot of Palak wearing a headphone as seen at a call center with a backdrop of the empty office.

Actor Vivek Oberoi, who is co-producing the film, shared two new posters of the film and welcomed the newbie into the fraternity.

The makers also launched a nation-wide hunt (Rosie Talent Hunt) to pave way for new talent. The chosen winner will star in a prominent role in the film alongside Palak.

The film is expected to go on floors by the end of this year and release early next year.