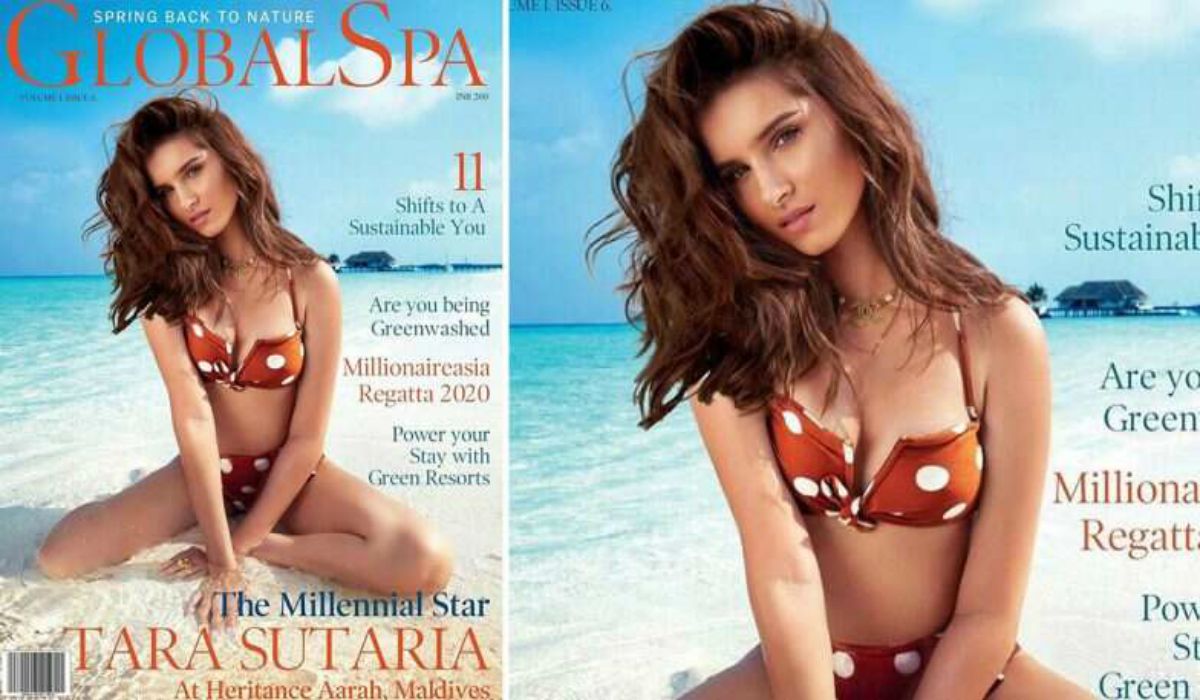 Two films old Tara Sutaria defines what natural beauty looks like! With sheer panache and grace, she has graced the magazine cover of Global Spa which introduces her as a Millennial Star.

The ‘Marjaavaan’ actress shared this beautiful picture on her Instagram account which is surely a treat for her fans.

In the picture, she can be seen in a two-piece polka dot swimsuit which swoons Tara’s implacable confidence. Known for her unbeatable fashion and makeup sense, she will surely turn heads up with her cool sexy chic vibe! Shot at Heritance Aarah in the Maldives by Rahul Jhangiani the picture is nothing less than perfect!

Tara made her debut with ‘Student of the Year 2’ which also starred Tiger Shroff and Ananya Pandey in the lead roles. She impressed everyone with her acting skills and enjoys a huge fan following amongst the youth.

Tara who was last seen in ‘Marjaavaan’ opposite Sidharth Malhotra will next be seen in Milan Luthria’s romantic action film ‘Tadap’ opposite Ahan Shetty. The film is a remake of the 2018 Telugu film RX 100.