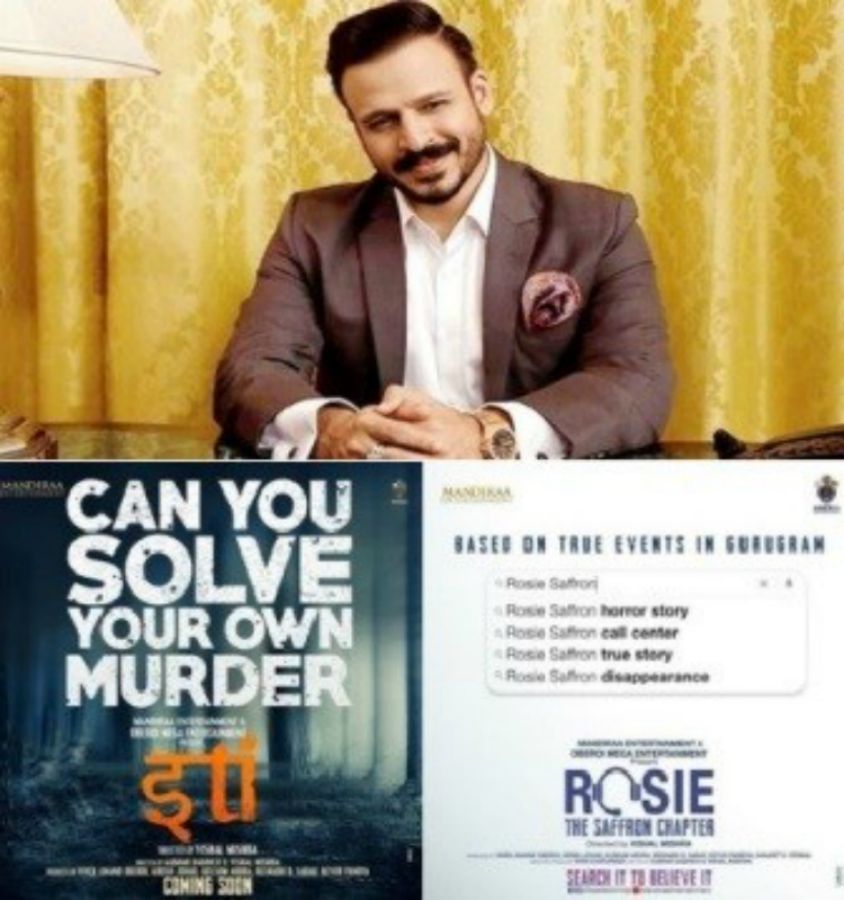 Vivek Oberoi took to his social media and confirmed his first movie Iti by releasing its first poster. He wrote, “Excited to announce our 1st film- #Iti…‪Produced by @mandiraa_ent & my home production Oberoi Mega Ent. A high concept thriller directed by the talented @visalmisra. To go on the floors by Oct’20…‪Heartfelt thank you to each one of you for all your love & support…#GirishJohar @itithefilm #PrernaVArora #CanYouSolveYourOwnMurder”

Helmed by Vishal Mishra, the movie is produced under the banner of Mandira Entertainment and Oberoi Mega Entertainment. It is slated to hit the theatres by October 2020.

Vivek also dropped a poster of the second movie, which is based on ‘strange true events’ and titled Rosie: The Saffron Chapter.

Rosie: The Saffron Chapter. The horror-thriller by Vishal Mishra, who has been roped in to direct Iti as well! Along with Vivek’s Oberoi Mega Entertainment, the film is co-produced by Mandiraa Entertainment and Girish Johar. The film is creatively backed by Prerna Arora and its shoot will go on floors from September this year.