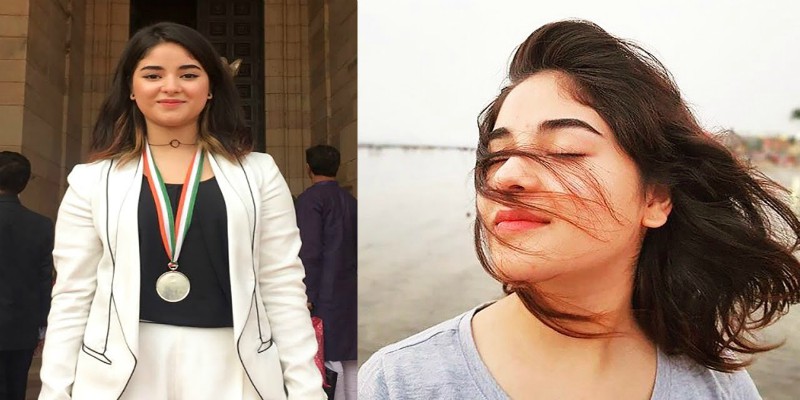 Fire in the Belly is important says Parineeti Chopra

Dangal famed actress Zaira Wasim announced her “disassociation” from the field of acting, saying she was not happy with the line of work as it interfered with her faith and religion.

In a detailed post on her social media, the Kashmiri-born Dangal fame star said she realized this line of work is not for her and she is quitting. The five-page long announcement has evoked mixed reactions within the film fraternity.

Actress Raveena Tandon has appreciated the decision of the young actress, whereas notorious KRK and Payal Rohatgi has their own take on the whole thing.

Actress Raveena Tandon shared, “‏I respect her decision to quit, announce to her fans, her life, her choice. Would’ve been more graceful if she had not condemned all as the reason for doing so…discovering spirituality is beautiful, but don’t demean others. When girls in industry are wronged, I’m the first to protest”

But Kamal Rashid Khan – KRK has a different take on the whole issue, the actor thinks it is just a publicity gimmick. He tweeted, “I will say to all the people, that pls don’t trust #ZairaWasim! She is doing all this for the publicity only. She is the biggest drama girl. She is in the Bollywood and she will never leave it. Don’t worry, Aamir Khan will produce more films for her”

And actress Payal Rohatgi took a notch higher and wrote, “#ZairaWasim is an AndhBhakt & a Kattar Muslim…She has quoted from Quran means this #Regressive thought process is in Islam…Islam is a regressive religion where women are NOT equal to men…I am so glad to read this #JaiShriRam #PayalRohatgi”

Meanwhile, on the work front, Zaira Wasim will next be seen in “The Sky Is Pink” which also stars Priyanka Chopra and Farhan Akhtar.