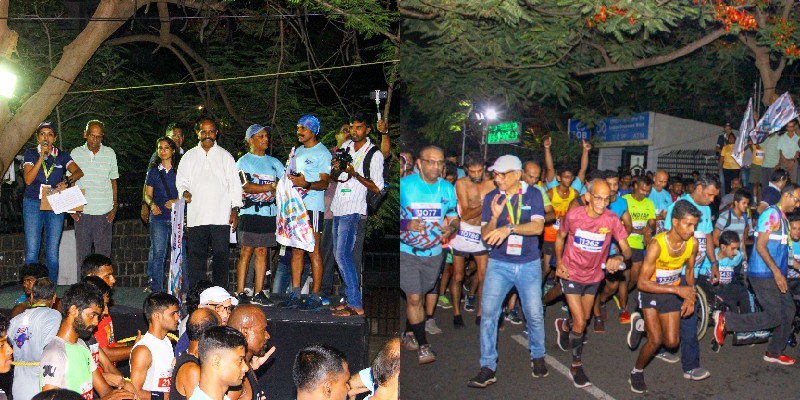 For Two Nights Only, The Pontiac Takes Over Olive Bar & Kitchen, Bandra

GAVS Dream Runners Half Marathon 2019, witnessed a participation of a record 5400 runners from all over the country.  The evet is a fund-raiser for the cause of  providing Prosthetic Limbs to the physically and economically challenged sections of the society. This has been done in association with The Freedom Trust a charitable organisation that specializes in offering these services. Over a 150 physically challenged individuals have been provided with Prosthetic Limbs through this marquee event. Around 20 of them are running a short distance of 50 m for the first time in many years on the 21st of July.

The event saw several families running in support of the cause as in the earlier instances, and was flagged off by Shri R Nataraj, Mylapore MLA and former Director General of Police, Tamil Nadu. He was joined by a few other corporate leaders and eminent personalities of the city.

With a modest beginning in 2012, GAVS Dream Runners Half Marathon has now grown to become a signature event on the marathon calendar of Chennai. From a mere 450 runners in the first edition in 2012, GAVS DRHM supported by title sponsor GAVS Technologies Pvt. Ltd. a leading Chennai-based IT firm, has grown admirably year after year to about 5400 runners who participated in 10kms and 21.1kms categories. Participants were from diverse walks of life, are of varied ages and possess wide, unique capabilities. Over 1000 Women runners are part of the event.

“Let us Run, So they can Walk”, says the tagline of 8th edition of GAVS Dream Runners Half Marathon. The runners have gone back a happy lot as they have been provided valuable merchandise like runner T-shirts, Jute bags, and stainless steel water bottles sponsored by Butterfly as part of the race kit, in addition to the finishers’ medals.

Some of the key features of this year’s run are

– Ploggers – While runners are encouraged to not litter during the run by using provided bins, the event had last year introduced ‘Ploggers’ who are selfless runners who run the course of the event right behind the participants and pick up any litter that they find en route.

Some runner statistics to highlight at GAVS DRHM 2019

5 Super Healthful Foods You Should Consume During The Monsoon Season

All the doctors participating in the event from the Dream Runner Chapters were given a special vest for easy identification should a runner need any medical assistance.

The event also has collaborated with ALERT, a voluntary organisation specializing in training members of the public in first aid and CPR. ALERT Volunteers  were also positioned along the route at strategic locations to act as first responders for any medical emergency till the ambulance arrived.

The runners were also given the option to not take a T shirt and donate Rs 250 for the cause and around 500 runners have decided to donote instead of taking the T Shirt.