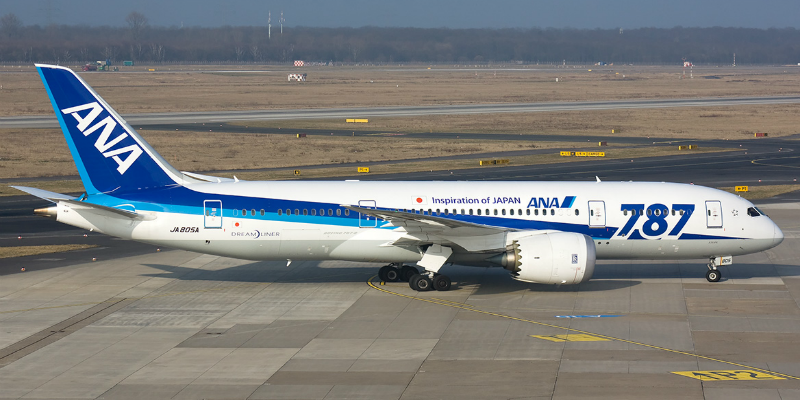 ANA will begin servicing a new route from Narita to Chennai on October 27, 2019.

TOKYO/CHENNAI, July 18, 2019 – All Nippon Airways (ANA), Japan’s largest 5-Star airline for seven consecutive years, will begin serving a route connecting Tokyo Narita International Airport and Chennai International Airport on October 27, 2019 utilizing the Boeing 787-8 aircraft. This expansion will bring ANA’s number of total cities serviced to 46. This is the latest in a series of moves that increase the size of ANA’s Asia/ Oceania network, including the recently announced route from Narita to Perth that begins service on September 1, 2019.

The new Chennai flight is part of ANA’s global strategy which prioritizes world-class international passenger service. When service begins this October, ANA will be the only airline providing direct flights from Japan to South India. This will be ANA’s third route offering service to India, along with flights from Narita to Mumbai and Delhi.

*1 The operation dates and aircraft types are subject to government approval and may change without notice.

“It is always exciting to add a new destination, but it is even more significant to be the only carrier offering connecting this growing region with Japan,” said Seiichi Takahashi, Senior Vice President of ANA. “International passenger service is the main revenue generator for the ANA Group, and we hope to continue improving our market share in this dynamic sector as outlined in our Mid-Term Corporate Strategy for FY2018-2022. The new Chennai route will bring ANA’s world-class quality travel service to a beautiful and under-serviced region that is home to millions of potential new customers.”

With a rich history and distinct cultural identity within India, Chennai is full of celebrated attractions such as grand Hindu temples, breathtaking architecture and ancient ruins that are registered on UNESCO’s World Heritage List. Chennai is also home to India’s second largest harbor and its manufacturing base has earned it the nickname the “Detroit of India.” Chennai’s central role in India’s automobile industry means that the Narita – Chennai flight can also be used to transport cargo in addition to passengers.

ANA is continually seeking out new ways to better serve customers worldwide. One approach to this goal is by expanding its travel network to reach currently un-served destinations. By providing new routes and enlarging its reach, ANA is working to make travel as safe, pleasant and convenient as possible for as many people as possible.