Actor Tariq Imtyaz says that audience reaction is important as a feedback to improve and work better.

Talking about the film and its release, Tariq said, “Audience response gives us a lot of positivity and it will inspire us to keep on working. Audience’s feedback is important for improvement and better work”

The trailer for the film is out and been getting rave reviews and actor Tariq is happy about it. He said, “Trailer got positive response, so I am happy about that. See when you create something, I mean I have been watching this ever since its conception, so it is hard for me to judge the work I have done. Once you get response from audience that is when you know, whether you have done a good job or not, whether it is positive or negative.

So far the audience response has been great. The fans, media, critics and everyone else has appreciated the trailer, so I am happy” added Tariq.

Talking about the his upcoming projects, Tariq said, “I have written Shaadi Ke Patasey and acted in it as well, next I will be doing Bath Salts and Side A Side B films”

The forthcoming drama ‘Shaadi Ke Patasey’  is helmed by Shahid Kazmi and Produced by Sajad khaki and Shahid Kazmi.

Sajad Khaki, who is making his debut as a producer with the film said, “This is my first film and I am feeling great about it. I got to learn a lot during this project, as the subject is such; the movie is based on a social issue and we wanted to give out a social message via entertainment. So this project is a huge deal for me. The cast is amazing and the director of the film is brilliant. I thoroughly enjoyed working with veterans like Asrani and Shagufta Ali. As a producer and creative person I gained a lot of experience with this project” 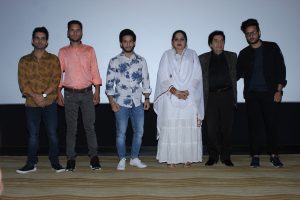 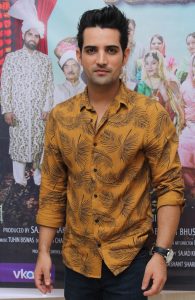 Check Out the Manmadhudu 2 Teaser