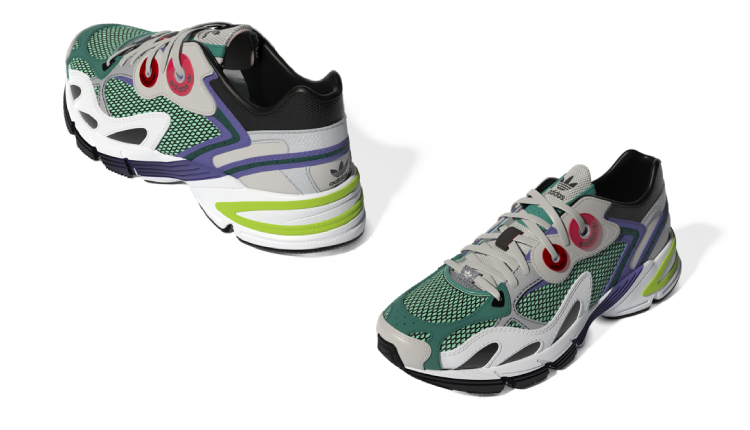 This season, adidas Originals looks back to the early 2000s, taking Y2K nostalgia and flipping it on its head for the next generation of creators, do-ers, and changemakers. Staying far away from rose-tinted, low-effort, takes on the youth culture of yesteryear, throughout Spring/Summer 2022 the brand with the Three Stripes is set to channel self-deprecating humour for a season-long campaign dubbed ‘Seriously Jokes’.

Drawing on our collective memory of one of the wildest eras in recent history, the ‘Seriously Jokes’ campaign reimagines the world today through the lens of the past, fueling playful escapism with one goal: to inspire the next generation to create something Original.

Over the course of Spring/Summer 2022, the ‘Seriously Jokes’ campaign is set to accompany the introduction of two brand new silhouettes: the astir and the adi2000. Bold, loud, and undeniably unconventional, both sneakers take inspiration from the past, remixing 2000s aesthetics in order to create something entirely new. With the astir and adi2000 drawing on fashion and skate culture respectively, the sneakers prove that it’s never been easier to cherry-pick from past trends and give them a fresh modified twist.

So, without further ado, welcome to a ‘Seriously Jokes’ take on the world of Y2K Nostalgia.

The collection launched globally on February 1st and is priced at INR 2499 onwards and will be available online at adidas.co.in and at select adidas Originals stores.

Indulge in Wellness at Top-rated Luxury Resorts in the US

THIS SUMMER, INDULGE IN AN ITALIAN SOJOURN WITH NASO PROFUMI’S LATEST LAUNCH- PALO…

What’s new in Nykaa to Scroll and Order?