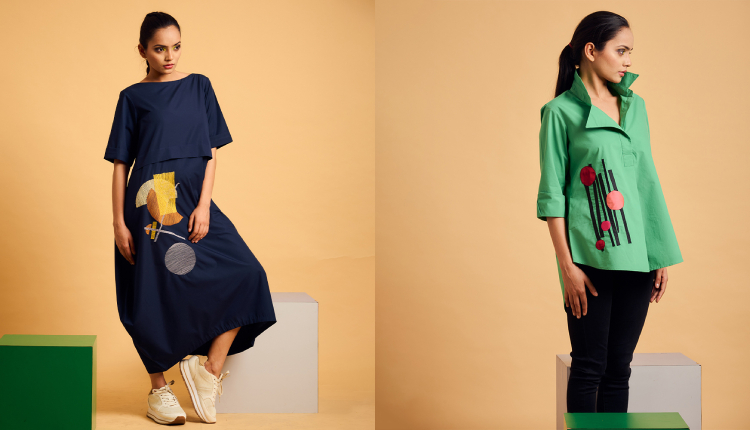 Amethyst presents the latest collection of TAIKA by designer Poonam Bhagat. TAIKA, which means “magic” in Finnish, is known for its use of natural and eco-friendly fabrics with a strong play of colors and masterful applications of embroideries and appliqués to create silhouettes that are edgy, contemporary yet classic and perennial. Greatly influenced by art, many of her designs have been inspired by Joan Miro and his child like playfulness, Van Gogh’s starry nights with its vibrant palette of cobalt, midnight blue, purple and burnished gold, Picasso’s constellations which draw their inspiration from the splendor of the meridonal sky. Prices range will be Rs.12,000/- to Rs.28,000/- from 11.00am to 7.30pm at Amethyst, Whites Road, Royapettah, Chennai.

Designer Poonam Bhagat will be in Chennai on August 10th and 11th. She will be available for a telephone /email interaction prior to the event. In case that interests you, please do let us know and we will be happy to coordinate.

Poonam Bhagat launched her label T A I K A on a cold winter’s day in January 1991. Abstract Expressionistic Art, which took wing in the U.S.A post World War II and put New York on the art map for the very first time, has been transformed into textures of fabrics layered and appliquéd on top of each other before they morph into silhouettes.

The tapestries and Suzzan is of Central Asia, in particular Samarkand and Bokhara, have left an indelible imprint on her urging her to create many collections ever since her visit in 2002 for as how she did in Tashkent. The label sells from the finest designer boutiques pan India and has made successful international forays into Milan, Rome, Tokyo, London, New York, Johannesburg and West Palm Beach, Florida.

Bhagat designed the costumes for the entire ensemble of the French opera company, Opera Lafayette, for their performance of “lallah Roukh” at The Kennedy Centre, Washington DC and the Lincoln Centre, New York in January 2013. Both NY Times and Washington Post gave her rave reviews.

Interesting Facts About Kajal You Might Be Amazed to Know