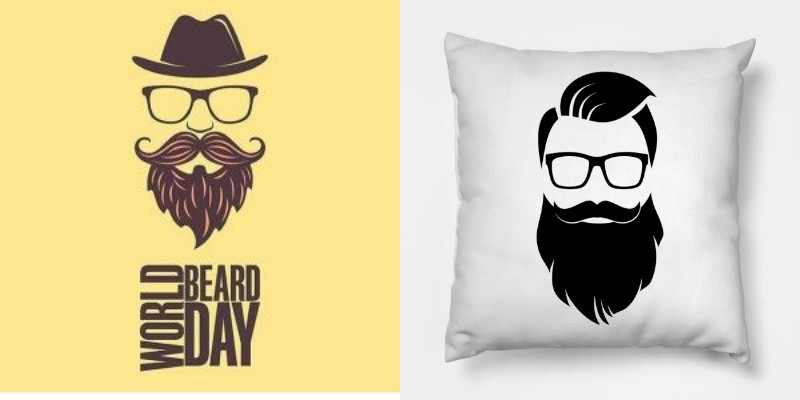 And Today is World Beard Day! “A beard is a gift you give your face!”

Hey! Bearded Guys! Yes! Today is World Beard Day which is celebrated annually on the first Saturday of September and is celebrated on an international level with the people from every nation and continent merging with their beards. It is the happiness of all people with beards and the day is all about promoting the global status of the beard. While many other countries and cities practice World Beard Day as per their region, shaving on this day is truly considered to be disrespectful. Often, Men look stunning and manly with their beards which may present them classy. Of course, it is a trendsetting thing to be followed by most of the youngsters present days. Every woman likes to have a glimpse of beard men where they present it adds up their personality and handsome stuff in the eyes of the women. And that’s how beard works in many cases.

Here are some facts about World Beard Day:

The Southern part of Spain, people throng to witness a boxing match between a bearded man and a beardless boy. As mentioned above, The bearded man who looks manly, will be armed with a sharp pike and thus turned out to be the victor. A man without a beard is banished from the town and is forced to spend 24 hours in a nearby forest in the Swedish village of Donskborg. Yet the true origins of World Beard Day are unknown, some shreds of evidence suggest that Danish Vikings had a special day to celebrate and glorify the beards back in 800 AD. And the event was not conducted on any fixed date yet it was often celebrated hundreds of times each and every year. Thus, this specific and year-old incarnation of heavily-armed bearded men emerged as a World Beard Day now. All over the world, the bearded communities are encouraged to acknowledge this special day and to stage their public or private World Beard Day celebrations and fun. It can be varied as of anything like relaxing a family lunch to a lavish, taxpayer-funded street parade.

For many, growing up beard is still a dream, so it is gifted being a bearded guy!

Enjoy being a bearded guy and have fun!

5 Simple Skincare Rules to Glow Throughout the Year