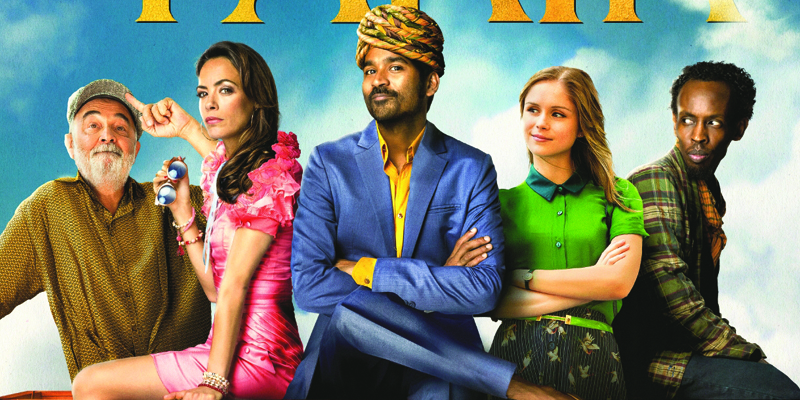 After unveiling the trailer and first song, the makers of The Extraordinary Journey Of The Fakir are out with a peppy, upbeat and fun track titled Madaari.
Singer Amit Trivedi, who has composed the song, dropped the track on social media. He captioned it, “Out Now! Madaari from The Extraordinary Journey Of The Fakir. @ZeeMusicCompany @dhanushkraja #Madaari”
The fun and upbeat number is crooned by Song Vishal Dadlani and Nikhita Gandhi, it is written by Anvita Dutt, composed and Produced by Amit Trivedi.
A few days ago, the makers unveiled the much-awaited trailer of ‘The Extraordinary Journey of the Fakir’. The film marks the Hollywood debut of south sensation Dhanush. The makers dropped the first song from the film titled ”Angrezi Luv Shuv’ and now they are all set to release the second song from the film titled ‘Madaari’.
‘The Extraordinary Journey of the Fakir’ is directed by Canadian filmmaker Ken Scott. The film has garnered appreciations from various film festivals.
The film is based on the book by Romain Puértolas and revolves around an Indian street magician’s journey to Paris.
The ensemble cast includes Dhanush, Hearty Singh, Bérénice Bejo, Erin Moriarty, Barkhad Abdi, Gérard Jugnot, Ben Miller, Abel Jafri and Sarah-Jeanne Labrosse.
The film is slated to release on June 21, 2019. The film will be releasing in India, USA, Canada, UK, Singapore, and Malaysia.
Tags
Anvita Dutt Barkhad Abdi Erin Moriarty Madaari Nikhila Nikhita Gandhi peppy Trivedi upbeat Vishal Dadlani
0 Comments
Lifeandtrendz June 11, 2019
Share
Tweet
Share
Pin
Popular Posts

​I Am Teaming With Ananad L Rai Confirms Dhanush

Dhanush Unveils The Extraordinary Journey Of The Fakir Trailer

Music for a cause!