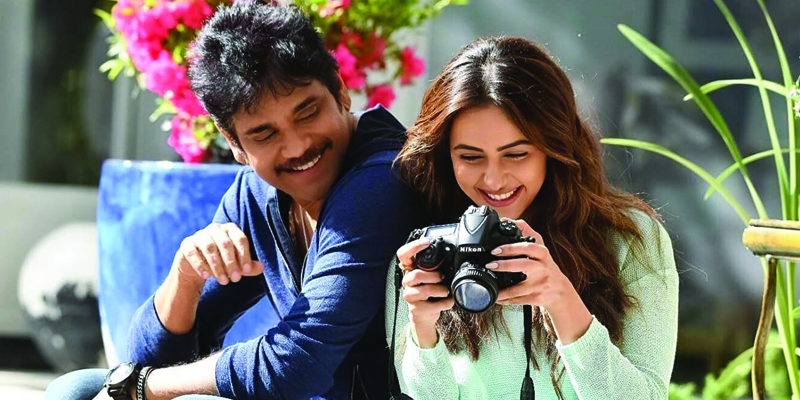 The first official teaser of Manmadhudu 2 is out, the film features Nagarjuna and Rakul Preet Singh in the lead roles.

The official handle of Viacom18 Studios dropped the teaser on social media. They captioned it, “Here it is…#Manmadhudu2Teaser out now…[email protected] @Rakulpreet @23_rahulr @vennelakishore @AnandiArtsOffl @AnnapurnaStdios @mynnasukumar @chaitanmusic @ChotaKPrasad @AjitAndhare”
Nagarjuna appears in two different avatars in the teaser. One a humble guy next door, who is being pressurised by his family to get married, and other one is flamboyant and player, who is making out girls on the get go.

Bollywood actor Rakul Preet Singh is the main lead heroine in the film with Samantha and Kirti Suresh are playing guest roles.

The movie is slated for 9th August 2019 release. The film was earlier slated for release on 15th August and would have clashed with Saaho at the box-office, but the makers of Manmadhudu 2 pre-poned the release.