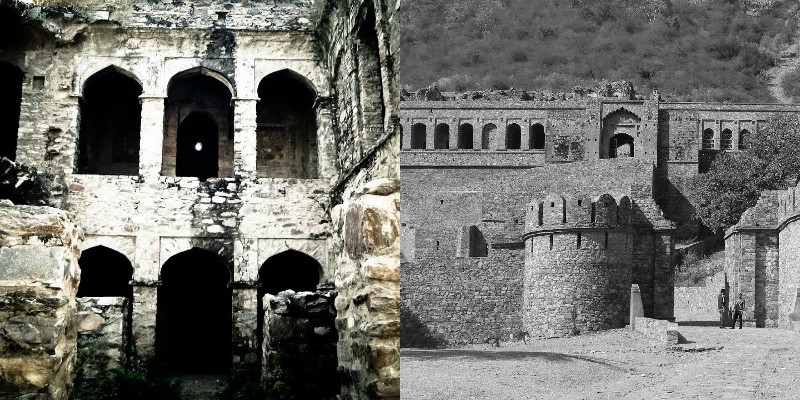 Do you love listening to horror stories? We all would act as if we are brave enough while listening to thrilling stories but still we continue to listen to those stories. Whatever we hear, some supernatural activities would never fail to attract us. India is a country filled with stories and myths to know about. And also some stories would take the identity of the places. This is the story of Bhangarh which is known as the most haunted places of India. It is legally known as the haunted place and it is not allowed to visit after sunset. This Bhangarh Fort is laid in the state of Rajasthan in India. Try exploring this haunted fort! 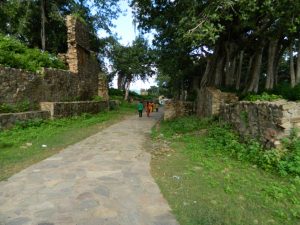 Bhangarh Fort is around 78 kms from Jaipur. The fort is seemed to be filled with grasses, stones, and bricks which are instilled with haunted stories. The fort looks ruined yet it looks beautiful because of calm and green surroundings. But at present days, it is merely the deserted place with the remains of the beautiful kingdom which is built by Madho Singh who is the younger brother of the great Mughal general, Man Singh of Amber.

When you enter the fort you could literally feel the negative and unusual vibe which you could only feel but you cannot express it. The regular visitors and locals talked about the fascinating stories and also about the ghost which resides the place. The paranormal happenings like people being missed and the unknown voices being cracked in the serene air which could make you feel the spine-chilling experience!

One of the fascinating stories about this haunted fort is that the wizard who lived long back at the time in the village commanded that no other houses on the grounds of the fort should be taller than his one. But when the shadow of the taller house touches his house, at once the whole town will be destroyed. Yet another side of the story is that the wizard who was greatly known for his black magic was in love with Ratnavati. So, he really wanted to make her fall for him and thus, he did replace the princess’s scent with some other potion. But fate played another role that Ratnavati came to know about the trick and killed him. But before the moment he stopped breathing, he cursed that the fort would be dismantled and thus, no human could live in this place.

The main gate that paves the way to the fort is pursued by the ruined parts of the city. It would definitely give an unconventional feel for you. The fort is inhabited with various havelis, temples and deserted market place as well. Even many visitors and tourists have cent percent confirmed that there is a bizarre feeling due to the unusual vibes of the atmosphere. Before visiting places you could also watch many documentaries about this place of Rajasthan. And so, The government had recognized it as the only place in India which is known legally haunted and also prohibits the visitors to enter the fort before sunrise and after sunset. The fort is under the charge of Archaeological survey of India and at the entrance they put up the board as “Entering the borders of Bhangarh before sunrise and after sunset is strictly prohibited.”

The lockdown has been increased due to our negligence – Deepika Chikhaliya

So visit this ‘Legally Haunted’ place of India and hear many fascinating stories of the place as well.

But be aware of the time you are visiting!