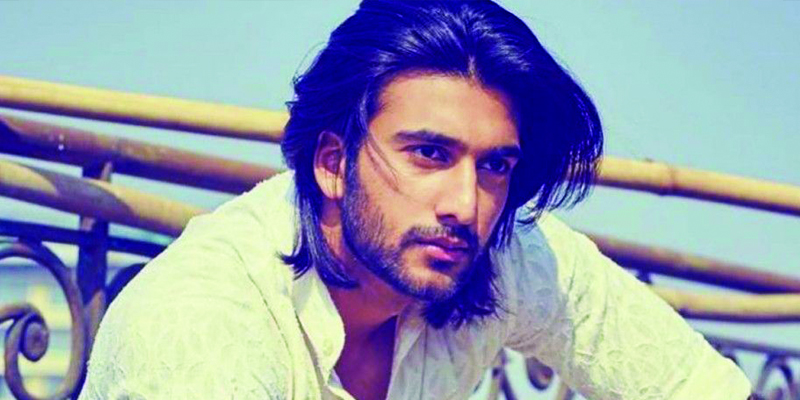 Debutante of “Malaal” actor Meezaan says he is honored on being compared with superstar Ranveer Singh, but feels he has a long way to go.
Team Malaal – Meezan and Sharmin Segal hosted a press-meet for “Udhal Ho” song launch here in Mumbai.

worked hard and made so many films. I am hoping that in future I might also get a chance to show my talent”
“And yes, I think with this long hair and bearded look, there are certain similarities, but once you watch the film, you will find Meezaan and Shiva, not someone else” added Meezaan.

Even before his first release Meezaan is linked up with Amitabh Bachchan’s granddaughter Navya Naveli Nanda. A photo of Navya and Meezaan is going viral on social media, sparking rumours that the two are perhaps seeing each other.
When asked about the link up, Meezaan said, “Regardless of whatever I say, I really don’t think I have any control over media. So it does not matter, nothing will change by me saying something. As long as Navya is concerned, she is my very good friend. She is best friends with my sister and they both study in the same college. Just because someone took a picture doesn’t mean we’re together, there is nothing like that”

The trailer of Malaal received mixed response, talking about negative criticism, Meezaan added, “Everyone has their own opinion.  I am sure there are people who didn’t like the trailer, and there are people who liked the trailer, but I think one shouldn’t judge the book by its cover. Once the movies releases and people watch it, and then they give me feedback about liking it or not liking it, I will understand it. But don’t judge the movie before it release. If you watch the film, you’ll find our work is up-to mark. Watch the film, we have worked hard and made the film with a lot of love. And I am sure everyone will love it.”

Malaal is an upcoming romantic drama film written and directed by Mangesh Hadawale in his Hindi directorial debut. It is produced by Sanjay Leela Bhansali, Bhushan Kumar, Mahaveer Jain and Krishan Kumar.
The film is set to be released on June 28.

Kohler Redefines Luxury and Design with the Launch of its Second Experience Centre in Shakti Mills, Mumbai

This Festive Season, feast on the special Pujo Thali, at Mirchi and Mime, Mumbai