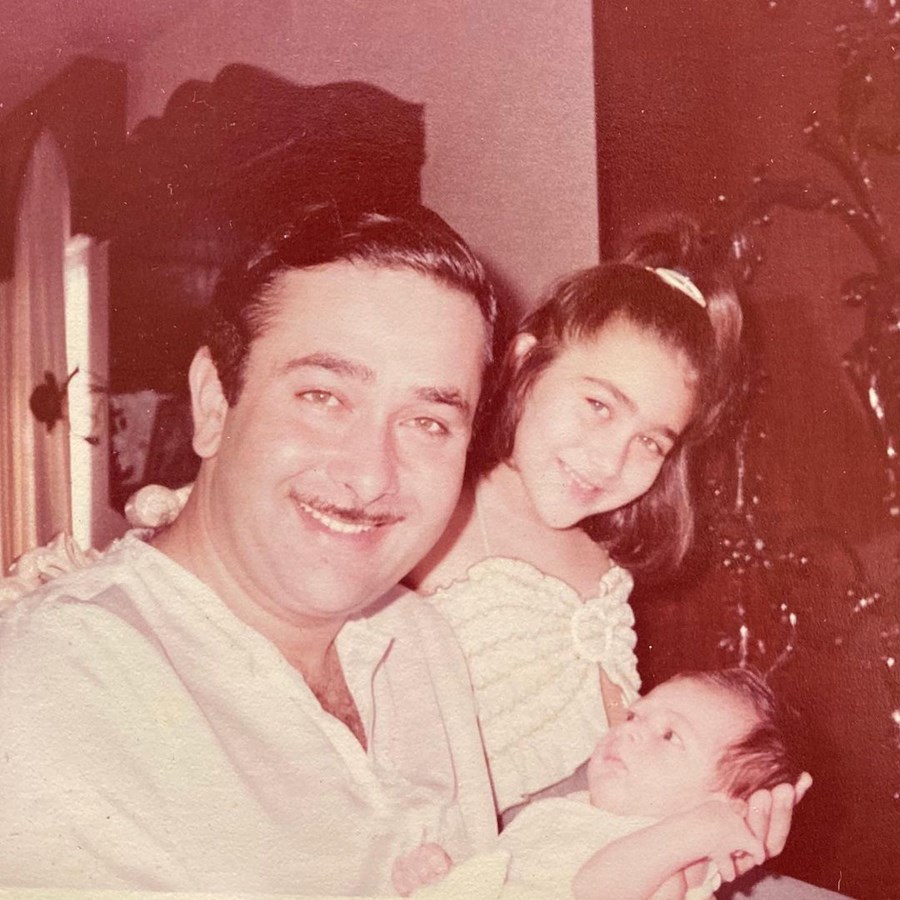 Karisma Kapoor wishes her sister Kareena Kapoor Khan on being blessed with her second child, a son.

Actor Karisma Kapoor took to her social media profile and shared a throwback picture from their childhood, where Randhir Kapoor is holding Kareena in her hands and Karisma is sitting right beside.

The caption read, “That’s my sis when she was a new born and now she’s a mama once again!! And I’m a masi again so excited #goodwishes #congratulations #onlylove”

Actor Saif Ali Khan also issued a statement, as he welcomed their second son, “We have been blessed with a baby boy. Mom and baby are safe and healthy. Thank you to our well-wishers for their love and support”

Kareena was admitted to Breach Candy hospital on Sunday where she delivered their son. The star couple is already parents to their 4-year-old son, Taimur. Saif tied the knot with Kareena in October of 2012, after a five-year courtship.

Karisma Kapoor made a special appearance in the Aanand L. Rai-directed romantic comedy Zero, a film about dwarfs. She was also the lead in web-series Mentalhood for ALTBalaji.