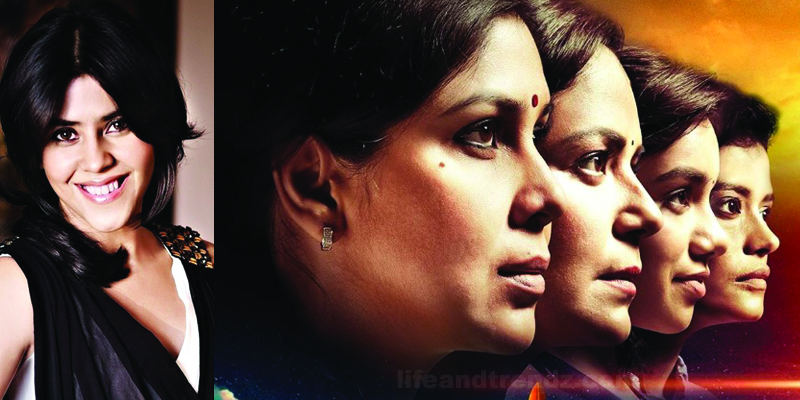 Ekta Kapoor announced a whole new series, MOM – Mission Over Mars, on her birthday The series is based on four women scientists from ISRO, who made the mission to mars possible.
The first look poster featured a rocket, which apparently was used in the mission but netizens went crazy claiming that the rocket shown in the picture is wrong.
The poster features a Russian Soyuz launch vehicle along with the Indian flag whereas ISRO’s Mars Orbiter Mission (MOM) which is also called Mangalyaan was launched aboard a Polar Satellite Launch Vehicle (PSLV) rocket C25 Though it is true the rocket is not the right one but there is a reason behind it.
Now the makers issued a disclaimer and shared the reason behind the wrong rocket. The official handle of ATL Balaji dropped a new poster and wrote, “The story of four women scientists, who take up the extraordinary challenge to successfully complete India’s first mission to Mars. #MissionOverMars streaming soon on ALTBalaji #ALTBalajiOrginal @ektaravikapoor #MonaSingh #SakshiTanwar @Nnidhisin @PalomiGhosh”
“Disclaimer  #MissionOverMars is a fictional adaptation of the real life heroes at ISRO who worked on Mangalyaan As per our legal and contractual obligations we cannot use actual names or images of either the people, objects or agencies in any publicity material.”
As per the guidelines set by ISRO to maintain the privacy, the makers are not allowed to use to real imagery.
Ekta Kapoor also cleared the air, she tweeted, “Cannot use d isro rocket!!! Legal boundaries! Check d statement n d disclaimer below d post!”
The story is about four women scientists who were involved in India’s Mars Orbiter Mission launched in 2013 The web-series stars Sakshi Tanwar, Mona Singh, Nidhi Singh, and Palomi Ghosh.
Tags
ekta kapoor Mangalyaan Mom MonaSingh Nnidhisin poster SakshiTanwar successfully women
0 Comments
Editorial June 12, 2019
Share
Tweet
Share
Pin
Popular Posts

Ekta Kapoor unveils the poster of ALTBalaji’s upcoming series M.O.M. ‘Mission Over Mars’ on her birthday