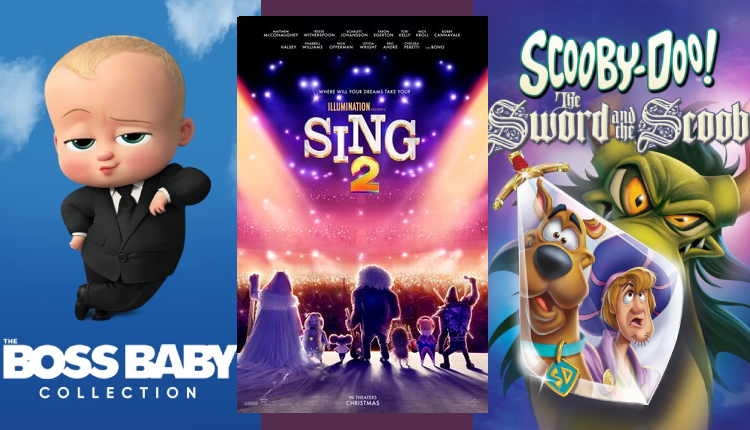 Sun’s out, fun’s out as kids are making the most of their summer vacation. And there’s an easy way to keep them entertained, watch a film of course. Revelling in the happiness of their exams ending, Hollywood has the best of animated movies for your kids in store. To help you out, we have curated a list of five animated films that are appealing to not just children, but can also be enjoyed by the whole family together.

Scooby-Doo! The Sword and the Scoob (Amazon Prime Video)

Without any doubt, Scooby Doo is one of the most popular cartoon characters of all time. Scooby-Doo and his pals have captivated audiences for nearly 50 years and show no signs of slowing down. Many fans grew up watching The Mystery Machine, and many of them are now parents with children who enjoy the animated series and films as well. In this 2021 film, Scooby and his gang are transported back to the age of chivalrous knights, spell-casting wizards, and fire-breathing dragons by an evil sorceress. Written by Jeremy Adams, the film is a laugh-riot with a dash of adventure to keep you hooked.

Sequel to 2017’s The Boss Baby The Boss Baby: Family Business takes place many years after that film’s conclusion. Set 25 years later, the movie sees Tim (James Marsden), now an adult, and his younger brother Ted/Boss Baby (Alec Baldwin) a big shot CEO, take a magic formula that sees them turn into kids for 48 hours and set out on a new mission with Tim’s baby daughter Tina (Amy Sedaris). Emphasizing the value of family, teamwork and communication, in a film that’s filled with a heavy dose of comedy and action, The Boss Baby: Family Business is an absolute must watch.

Buster Moon and his friends are back to entertain us with a musical. However this time, they must persuade reclusive rock star Clay Calloway to join them for the opening of a new show. If you’re looking for some singing, dancing, animated fun for the whole family, Sing 2 strikes all the right notes with brilliant music and performances from a stellar cast that includes artists like Matthew McConaughey, Reese Witherspoon, Scarlett Johansson, and Chelsea Peretti among others.

This holiday season, Disney is serving up a warm, feel-good family friendly film of an exceptional family who is bestowed with gifts that grant them powers, other than one character, Mirabel who sees herself as a misfit. The film is voiced by artists like Stephanie Beatriz, Maria cecilia Botero and John Leguizamo among others. The purity of this tale, as well as the striking brilliance of the graphics, benefits this fantastic dose of magic realism surrounded by the lush greenery of the Colombian mountains.

An animated film that’s filled with pandas and pandemonium. Turning Red is an emotional tale about female adolescence, offering timely messages about female friendship, embracing change, and finding solutions to problems in mother-daughter relationships. It is visually aesthetic, and a well-made film that gets its core emotion right and delivers a strong message in an entertaining manner. It stars the voices of Rosalie Chiag, Sandra Oh, Maitreyi Ramakrishnan, Ava Morse and Hyein Park among others.

So enjoy your summer holidays with your favourite pick!