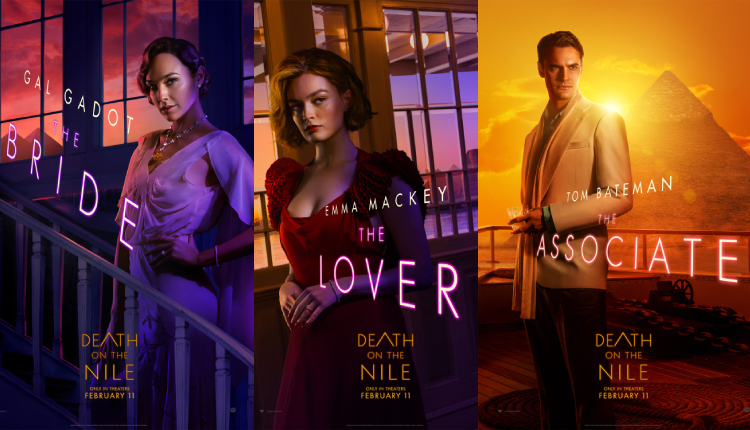 The trailer of Death On The Nile was recently released leaving viewers at the edge of their seats as they count the days to its release. Directed by Kenneth Branagh, the murder mystery is based on the 1937 novel by the same name written by Agatha Christie. The film is a follow up to the movie, Murder On The Orient Express. With a gripping storyline, the film features an ensemble cast that has taken the excitement levels a whole notch higher. So, as we wait for the movie to release in theatres on February 11, 2022, here are 5 actors from the movie who we can’t wait to see together on the big screen.

While most of us associate Gal with her iconic role as Wonder Woman, seeing her transform into a bride for this movie is a pleasant surprise. The name of her character is Linnet Ridgeway Doyle, who is a joyful, stylish and obscenely wealthy heiress from a prominent and well-respected family. Her on-point dialogue delivery and subtle expressions in the trailer reignited curiosity among the fans as to whether she is the ultimate killer.

Being the pride of our nation and being among the few actors who have represented our country internationally, Ali Faizal plays the role of Linnet’s cousin and lawyer, Andrew Katchadourian. He handles all the legal affairs of the Ridgeway family and did his education in Oxford which makes him one of the most intelligent men on the train. Having undergone a physical transformation for the role, it will be a delight to watch Ali pack a punch once again.

Kenneth showcased his various talents in this movie not only by directing this movie but also by playing the part of the detective – Hercule Poirot, a former policeman. This Belgian detective is assigned with an important task to solve a murder mystery that takes place during a train journey. The trailer showcased Hercule as a smart, quick-witted person which Kenneth showcased brilliantly and we can’t wait to see him in this role.

Tom Bateman plays the role of The Associate AKA Bouc. Bouc is a handsome, charming and good-humoured person who acts as the aimless but loveable right-hand man for Hercule Poirot. Having received plaudits for his role in The Murder In The Orient Express, fans are happy to see him on the big screen once again.

Known for her character as Maeve from Sex Education series. She is Jacqueline De Bellefort, who is the former lover of Linnet’s husband, Simon. Showing her talent as a school teenager in Sex Education, seeing her as the lover who is witty and smart will be something that has created a lot of anticipation among her fans.

So, get ready for a thrilling ride with Death On The Nile which will hit your nearest theatres in English and Hindi on February 11, 2022.