5 heart-throbbing ALTBalaji’s thrillers that’ll keep you on the edge of your seats! 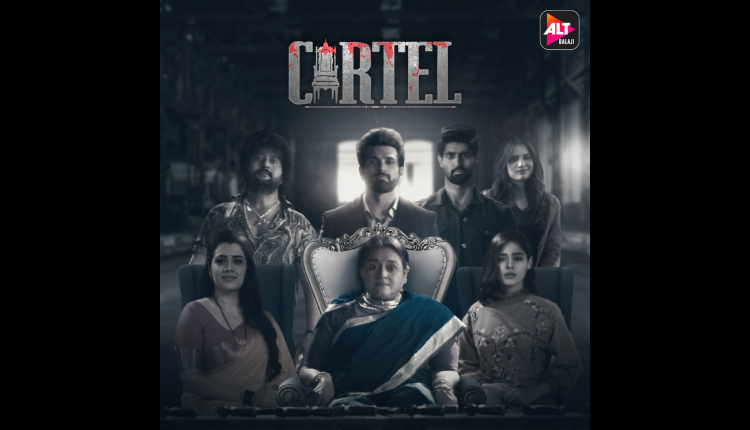 Watching a web series will always give you an elaborate and intense story experience. It will surely take you on a deep dive into the characters’ persona and the plot as well. This OTT era has opened up more chances by providing more and more of these series in a loop. But primarily, with the rising popularity of ALTBalaji’s content in India, thriller shows are gathering many eyeballs. However, the prominent popularity of the mainstream are romance and drama genre is much more than the industry has to offer. With ALTBalaji ramping up its content, now is the time to foray into the world of blockbuster entertainment.

If you are a fan of thriller series, turn your search right into ALTBalaji’s extensive thriller library right now to find plenty of exciting titles. Not only can you find your perfect pick, but you can also get to know about various other options of the same genre. It ranges from Code M to Cartel to Bose Dead/Alive. Here are some of this year’s best ALTBalaji thriller shows you should check out:

Jennifer Winget starrer Code M is the story of army lawyer Monica Mehra, who gets roped in to solve, what seems like an open and shut case of the death of an army officer and two militant suspects killed in an encounter. However, as the facts unfold, she realises that the case is way more complex than it appears to be. And trust us when we say how she cracks the code is a story you would want to watch! Along with stunning actress Jennifer Winget, the show stars Rajat Kapoor, Tanuj Virwani, Seema Biswas, and Akshay Choubey in primary roles.

Set in Banaras, the show narrates a tale of a mastermind, Akhil, who escapes the system despite committing a murder in a college festival. Bicchoo Ka Khel depicts Akhil’s story, which has one crucial mission; to seek revenge for his father’s death. But what happened to his father? How does Akhil plan on getting revenge for his death? How does he twist the system to escape unscathed despite committing the crime? Find out these answers from Akhil himself. Watch Bicchoo Ka Khel, exclusively on ALTBalaji, which stars Divyendu Sharma, Trishna Mukharjee, Anshul Chauhan, Mukul Chadda, Satyajit Sharma.

This show has been the ultimate bigwig on ALTBalaji this year. It stars Rithvik Dhanjani, Tanuj Virwani, Divya Agarwal, Monica Dogra, Samir Soni, Supriya Pathak, Jitendra Joshi, and 137 other actors. Coming back to Cartel, the show is an action drama with its core set in a family. The show primarily revolves around The Angre family and four other Crime Lords based in the different areas of the city. Khan, Anna, Gajraj, Angre, and a mysterious bookie-cum-movie producer are the low-profile mafias in the city of dreams. For years, these five powerful gangs have survived the underworld without a fuss only due to one iron lady, Rani Mai, now on her deathbed. So what happens next is a story that will keep you glued to the screen!

This is again a series you do not want to miss out on! Dark7White is a political thriller with a murder angle, “Who killed Yudi?”! With its quirky narration and dark humour, the show delves into the life of a young politician, Yudi and his seven friends with high-profile jobs. While the show gives you a peek into his political career and the gripping story about those friends, the real drama arises when Yudi is mysteriously killed in a car mishap. People aren’t sure if it was indeed an accident and if not, who is responsible for it! To unravel the suspense behind Yudi’s death, watch Dark 7 White streaming on ALTBalaji today! The show stars Sumeet Vyas, Nidhi Singh, Jatin Sarna, Monica Chaudhary, Taniya Kalrra, Kunj Anand and is directed by Sattwik Mohanty and Preya Hirji.

It is a series that will get one’s heart pumping harder than ever before as it is the story of our beloved freedom fighter Subhash Chandra Bose. He raised an army of Indian prisoners of war, had spies trailing every movement, years after his “death” in a plane crash. Bose was an enigma who has irked, terrified, and enchanted people for decades. Watch the story that wasn’t supposed to be told, exclusively on ALTBalaji. The show is helmed by its brilliant cast including Rajkummar Rao, Naveen Kasturia, Edward Sonnenblick, Anna Ador, Patralekha and many others.

Our hype must’ve already gotten you up and going to watch these thrillers, as it should, and if not, what are you waiting for?

Watch these ALTBalaji thrillers streaming on the platform right away and see for yourself if our hype was worth it and we are sure you wouldn’t be disappointed!

The Conjuring: The Devil Made Me Do It| Amazon Prime Video