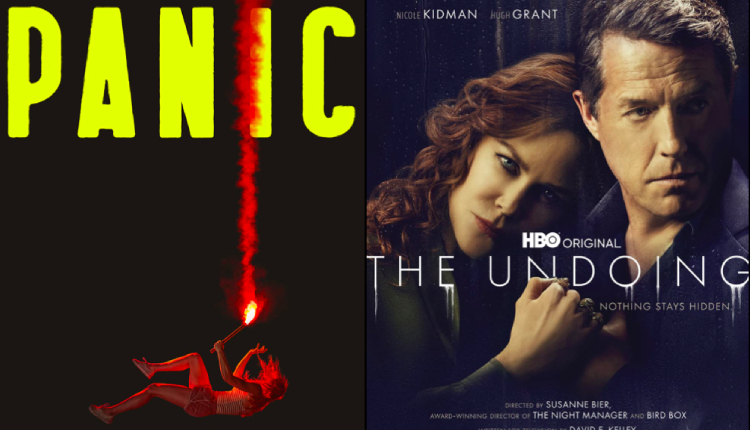 Filled with twists and turns that you never saw coming, psychological thrillers are a genre that always leaves the audience asking for more. You’re just spent biting your nails as your excitement and anticipation levels increase with each passing scene waiting to know what happens next. With the mausam being awesome due to the monsoons, watching a suspense-thriller is the perfect way to spend your time at home on the weekend. So, if you’re looking for a psychological thriller, here are 5 shows that you just wouldn’t want to miss.

If you are looking for a drama-thriller which will make you chills down your spine, look no further. Panic is an American drama thriller series based on the novel by the same name. Written and directed by Lauren Oliver, starring Olivia Welch, Mike Faist and Jessica Sula. The show is about 47 graduates who participate in the annual panic competition that requires them to overcome their fear of water, heights or animals by performing tasks on the same. With all eyes on the prize, the winner stands to get $50,000 which acts as the first step to escape the town and explore the world. However, what keeps things interesting is the fact that the rules of the game are constantly changing.

Mindhunter revolves around two FBI agents along with a psychologist. The trio work together and launch a research project to interrogate serial killers and criminals. This interaction with the criminal class helps them understand their psychology and solve mysterious cases. Created by Joe Penhall, Mindhunter will truly hunt your mind and leave you flabbergasted.

Cruel Summer is an American psychological-thriller series created by Bert V. Royal, starring Olivia Holt, Chiara Aurelia, Froy Gutierrez and Harley Quinn Smith. The show is about the lives of two girls and the repercussions everyone has to face when one of them gets abducted. Cruel Summer will take you to the pinnacle of excitement and leave you there in astonishment by unveiling some dark secrets leading to an unexpected turn of events. The series was released on Freeform but is releasing on Amazon Prime Video on August 06.

Undoing is the most watched show in 2020 on HBO with a resounding viewership of 12.3 million. It has beaten the record of Games of Thrones in viewership and has received massive applause from worldwide film fraternity and viewers. The series is based on a novel named You Should Have Known By. The story is about a family who are merry and going on with their routine when one day their perfect life is jeopardized due to a violent death and a missing spouse. Written and produced by David E Kelly, this show is directed by Susanne Bier. The on-point dialogue delivery, perfect acting and phenomenal background music is sure to give you goosebumps.

Behind Her Eyes (Netflix)
This British supernatural thriller ticks all the checkboxes when it comes to what an exceptional thriller series is. Created by Steve Lightfoot and directed by Erik Richter Strand, starring Eve Hewson, Tom Bateman, Simona Brown and Robert Aramayo. This series is about a single mother who starts an affair with her new boss, things begin to get strange when she is drawn towards his wife’s friendship. This strange love triangle starts getting dark and intense with many secrets hidden.

6 Power Packed Benefits of Consuming Crabs You Should Know