6 Indian heroes that will fit right into the Indian version of Amazon Prime Video’s The Boys (if that ever happens!) 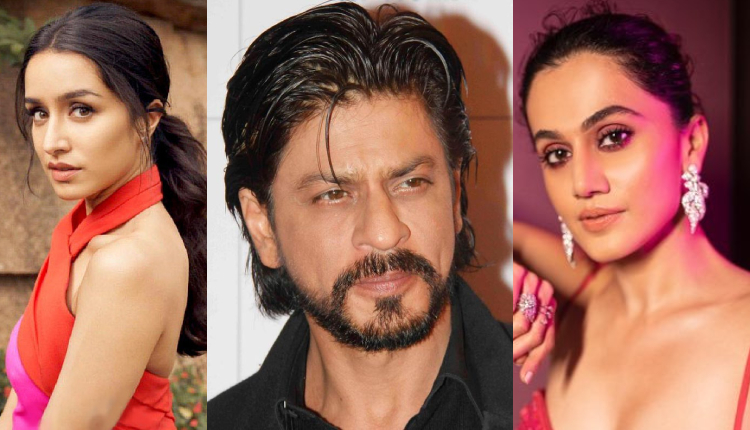 After the phenomenal success of the first two seasons of The Boys on Amazon Prime Video, things are set to get more diabolical with season 3 just a little less than a week away. With each character leaving a lasting impression on our minds, one can’t fail to wonder what would happen if our favourite actors and actresses from Bollywood packed a punch in this series. Who would be the badass Billy Butcher, or essay the innocent, Hughie or Homelander. There are so many names that come to mind. So, here’s an idea, what if Bollywood stars were to be cast into its desi version, who will be perfect as what?

Who else but King Khan to save us from the Supes. After all, he’s the reel and real-life superhero that we’ve grown up watching on screen. No prizes for guessing that SRK will completely kill it in the role of Billy Butcher, a gruff outlaw out for revenge. With his charming smile and humour, could there be a better guy to play Billy? We guess not. While he’s aced the role of the romantic hero to perfection, movies such as Raees, Darr and Baazigar has proved that he can play roles that have a dark side all too well. Adding to the madness that Butcher’s character brings with him, SRK’s own style will make for an amazing take on The Boy’s Indian version!

Akshay Kumar can charm anyone off with an easy-to-trust appearance and that perfect white-teeth smile. Top it off with his clean-cut image and a look that says, ‘I am the hero’ and we have our desi Homelander ready. And as good as he can be, his diabolical side will make viewers crazy! Brutal and cunning as Homelander is, we can’t wait to see this Khiladi pack a punch in a cape.

She’s bold, sexy, confident and unapologetic with her choices. The terrific Taapsee will be perfect to play Queen Maeve if the show has an Indian adaptation. Imagine how epic it would be to witness Queen Maeve’s character arc develop with Taapsee enacting the part!

We want the sweet-faced Indian heartthrob back, and Vicky Kaushal will have to be exactly that for this role. Vicky has been seen doing many macho roles in recent times, and if he ever plays Hughie’s character, audiences will take absolutely no time to be in awe of the sweet, innocent yet wicked smart guy who we all just love to love! We believe if given a chance, this chocolate boy will be our perfect Bollywood version of Hughie.

Shraddha Kapoor nails the look of a new girl on the block with her unassuming sweet face and kind personality. She will fit perfectly well in the role of India’s Sweetheart (a label she already is associated with) fighting back against the criminals and the real villains of the show on the sly. And to top it all off, imagine her in a superhero suit, she’ll be amazing!

Tiger Shroff as The Deep

The slow-witted pervert who tries doing good but ends in screwing things up, that’s The Deep for you. Not many can play the part of a character that is easy to hate but we can’t help rooting for them, and who couldn’t root for the Flying Jatt Tiger Shroff, our very own desi Superhero?! The Deep will see his make a return to what he loves best – insane action, and who knows, perhaps we could get another popular meme out of it!

While we all dream about The Boys having an Indian/a desi version, the actual show is coming back for a third season on 3rd June exclusively on Amazon Prime Video! You can go binge-watch the first two seasons, and meanwhile, come up with an alternate name for the Indian Vought International.

Chris Pratt praises co-actor Bryce Dallas Howard: She has blossomed and grown as an actress, a filmmaker, a mom, and a woman