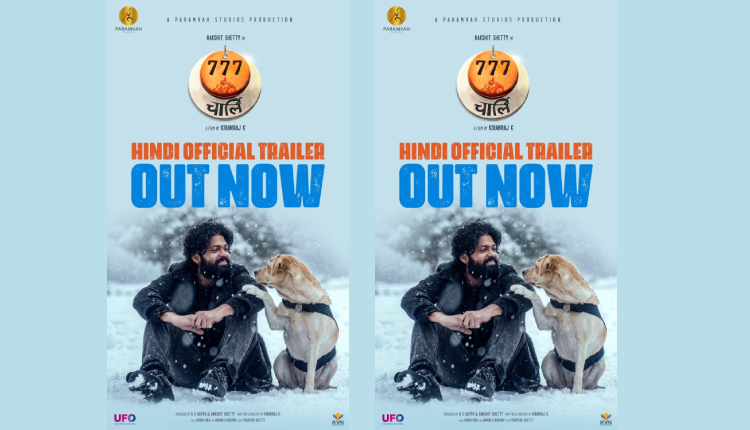 Kannada actor Rakhit Shetty unveils the first official trailer for 777 Charlie, revolving around the life of a dog named Charlie.

The trailer of the film is released in five different languages – Kannada, Tamil, Telugu, Malayalam and Hindi.

777 Charlie explores the life of Dharma and his relationship with his pet Charlie. The trailer gives a hint about the story as Dharma who leads a secluded life and is abandoned by neighbours develops a special bond with the pet named Charlie. He even travels with his pet to Kashmir where some untoward incidents unfold.

The film also stars Bobby Simha and Danish Sait amongst others. The movie stars The music for the movie is composed by Nobin Paul. The film is scheduled to release in theatres on June 10.