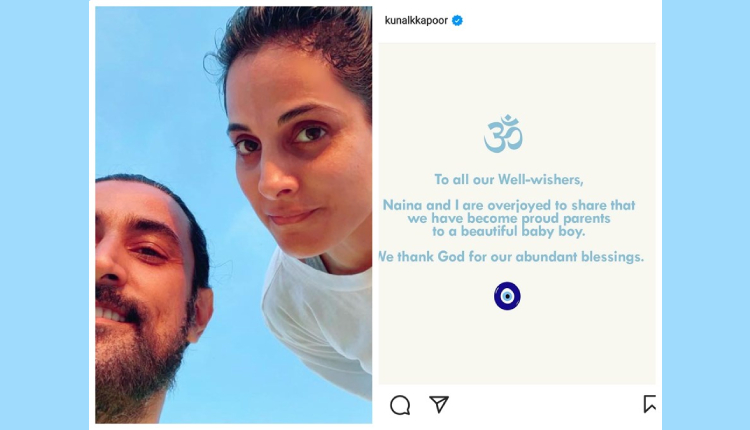 Rang De Basanti fame actor Kunal Kapoor and his wife Naina Bachchan have been blessed with a baby boy. The actor took to his social media and confirmed the news with fans.

Actor Kunal took to his social media profile and dropped a note. It read, “To all our well-wishers, Naina and I are overjoyed to share that we have become proud parents to a beautiful baby boy. We thank God for our abundant blessings”

Naina Bachchan and Kunal Kapoor tied the knot in 2015. For the unversed, Naina, an investment banker, is the daughter of Amitabh Bachchan’s younger brother Ajitabh and Ramola Bachchan.

Kunal was also part of the hit series, The Empire, a period drama streaming television series created by Nikkhil Advani and directed by Mitakshara Kumar based on the novel series Empire of the Moghul by Alex Rutherford for Disney+ Hotstar.