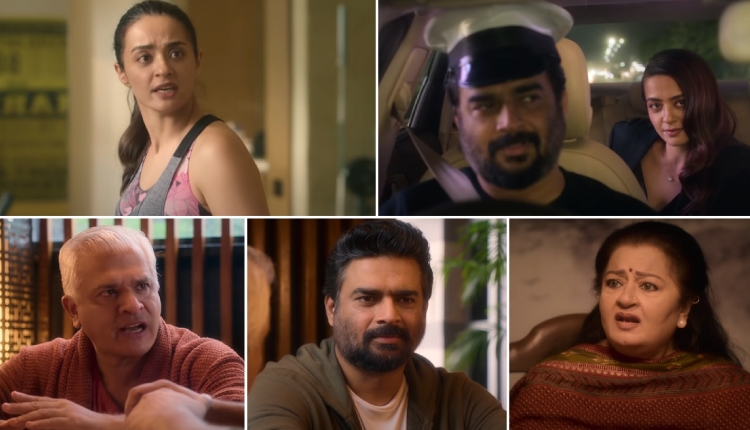 The first trailer for Decoupled is finally out, starring Sureen Chawla and Madhavan in the lead roles. The series is a light-hearted comedy series revolving around a couple from Delhi who is on the verge of divorce, Netflix India dropped the trailer on social media. It said, “Feeling all the feels watching @ActorMadhavan and @SurveenChawla together in a Netflix series!!! Catch Arya and Shruti with their unusual take on marriage in #Decoupled this December 17th…@NetflixIndia @bombayfables @sejtherage @writergaurav @manujosephsan @chetan_bhagat @realsoniarathee @FreishiaB”

A new-age drama about struggles in Marriage, especially when a couple decides to separate, Madhavan and Surveen Chawla, the duo bring quite a fresh take on marriage and the trailer is a humble, charming and pleasing glimpse of what’s to come ahead.

The series is being directed by Hardik Mehta, who has previously directed ‘Roohi’ and ‘Kaamyaab’. The show is being produced by Vikramaditya Motwani and Bombay Fables.

The series will stream from 17th December 2021.

WELCOME BACK TO THE MAGICAL EMERALD ISLANDS