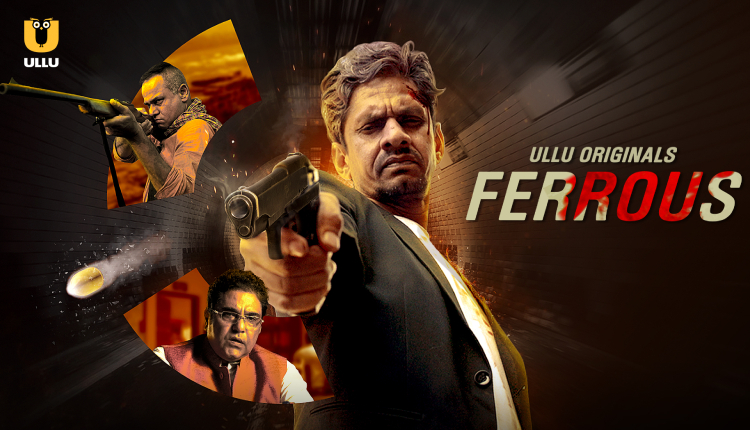 In the ruthless city of Mumbai, the world of a hitman, a corrupt police officer, a power-hungry politician, a lustful couple and a maligned government servant collide. ULLU drops the trailer off the edge of the seat thriller Ferrous starring the multi-talented actor Vijay Raaz and Zakir Hussain in lead roles.

The story is set in the suburbs of Mumbai where a new crime is seen to be emerging – Disposing of dead bodies. A hitman who disguises as a cab driver gets embroiled in an unassigned task of murders, which leads to an even gruesome act of shredding the bodies in a wood chipping machine. The nexus of politicians, policemen and hitmen emerge and make matters worse. In the middle of all this, a young couple on the run finds themselves caught. The gripping thrillers highlight has to be the power-packed performances by Vijay Raaz and Zakir Hussain.

Speaking about the series Vijay Raaz shared, ‘My character is of a hitman, a ruthless assassin who murders for money. He disguises himself as a cab driver during the day and kills at night. He is brutal, callous and never returns without completing his job. His speciality is that he cleans the site without leaving any clue. The character has a certain tone to his brutality. The story with its shocking twists and turns will definitely keep you intrigued.”.

Vibhu Agarwal, CEO ULLU added, “In continuation of our efforts to bring quality content for viewers we will now launch Ferrous, a thriller. The show EXIT, launched earlier this month was well received by the audience. Ferrous is our second prime offering of 2022 and an absolute departure in terms of plot and storyline. We are glad that at ULLU we are able to live up to our promise of bringing multi-genre quality content to our viewers. With a riveting storyline, topped with stellar performers, Ferrous will definitely keep you hooked to your screens.

A story of Lover, betrayal and crime – Ferrous will release on 8th February on ULLU app!