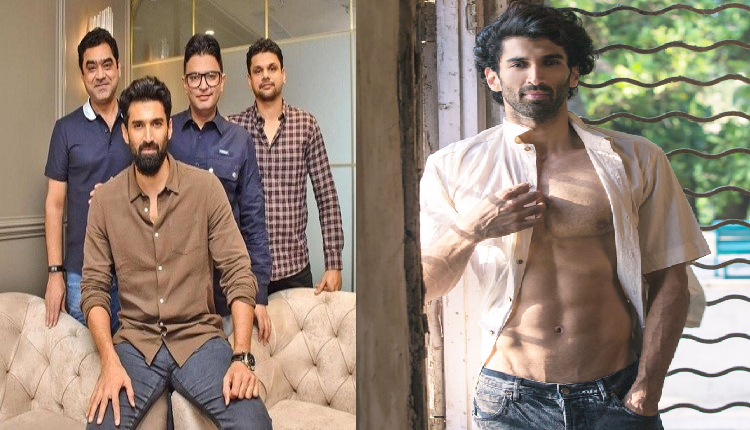 The official handle of T-series dropped the confirmation on the movie. It said, “We’re excited to announce our next, a thriller starring #AdityaRoyKapur in a double role for the first time. Hindi remake of the Tamil hit, #Thadam. To be directed by #VardhanKetkar. Produced by #BhushanKumar’s @TSeries &@MuradKhetani’s @Cine1Studios. @aseem_arora”

The film is based on true events, the thriller will see Aditya in a double role for the very first time, portraying two completely different avatars. Actor Aditya Roy Kapur announces his next movie, Hindi remake of super-hit Tamil movie, Thadam. the film is tentatively planned to go on floors in September this year.

Meanwhile, on the work front, Aditya Roy Kapur is also busy with Om: The Battle Within, directed by Kapil Verma and produced by Zee Studios, Ahmed Khan and Shaira Khan. The film also stars Sanjana Sanghi in the lead role.
Aditya Roy Kapur was last seen in the recently released Netflix film Ludo while Sanjana Sanghi made her big Bollywood debut with Dil Bechara.