Ajay Devgn And Dil Raju Collaborating For The Remake Of Naandhi 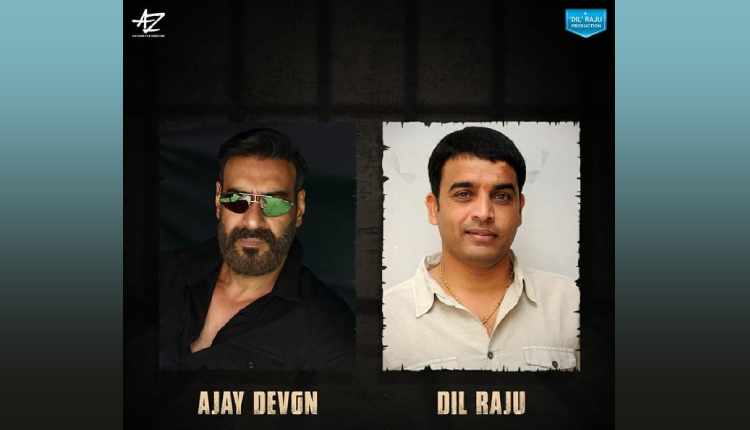 Superstar Ajay Devgn is collaborating with Dil Raju for the Hindi remake of the 2021 Telugu-language crime courtroom drama ‘Naandhi’.
Ajay took to his social media profile and confirmed his collaboration with renowned south film producer Dil Raju for the remake of ‘Naandhi, which follows the life of Surya Prakash, an under-trial prisoner who is falsely accused of murder, awaiting judgement.
He tweeted, “Time to share an important story with all! @DilRajuProdctns and @ADFFilms are all set to produce the Hindi remake of the Telugu hit, Naandhi! @SVC_official @Meena_Iyer @kuldeeprathor9 @ParagDesai #MumbaiTalkeez #NaandhiInHindi”
The original movie opened with positive reviews and commercial success. The film starred Allari Naresh, Varalaxmi Sarathkumar, Priyadarshi, Harish Uthaman, Vinay Varma, and Praveen play supporting roles.
Meanwhile, Ajay Devgn is also gearing up for his web debut with Disney+ Hotstar’s Rudra: The Edge of Darkness. The actor, who is popular for his on-screen portrayal of a policeman, will be seen playing an intense and gritty cop in the series.
Ajay will also be seen in cameo appearances in series of movies, such as Sooryavanshi, Gangubai Kathiawadi and RRR.
Ajay also has Bhuj – The Pride Of India, Maidaan, Mayday and Thank God in his kitty, as leading hero.