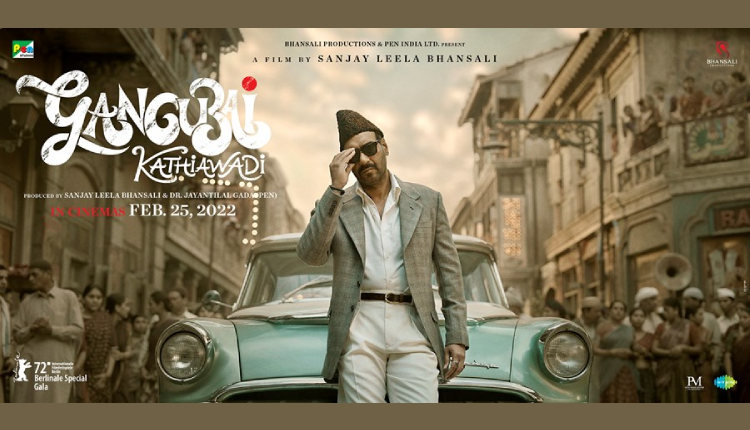 Gangubai Kathiawadi is a biographical crime drama helmed by Sanjay Leela Bhansali and bankrolled by Jayantilal Gada. It is adapted from a chapter of Hussain Zaidi’s book Mafia Queens of Mumbai about Ganga Harjivandas, a simple girl of Kathiawad who had no choice but to embrace ways of destiny and swing it in her favour; the film shows how in no time she marks her own territory and turns Gangubai, a madame in the red light area of Kamathipura.

Superstar Ajay Devgn, Huma Qureshi and Emraan Hashmi have special cameos. The trailer for the film will be out tomorrow. The film is slated for the 25th February 2022 release.

Ajay Devgn has a series of movies lined-up for release in 2022, such as RRR, Runway 34, Maidaan, Thank God and more.