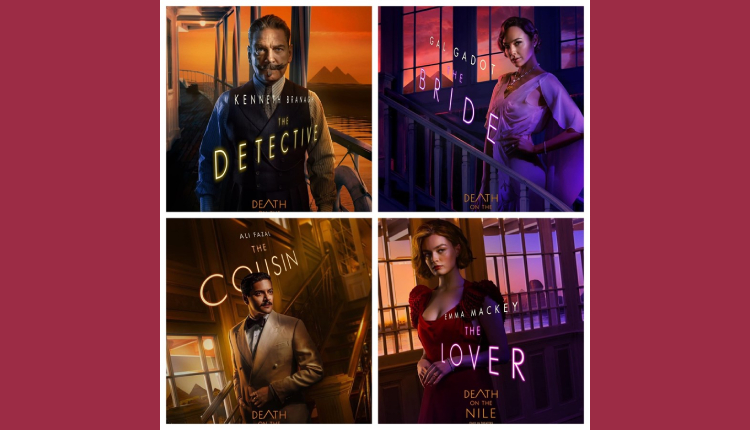 Actor Ali Fazal drops a series of character posters from his forthcoming mega movie, Death On The Nile and confirms the release date of the movie.

Death on the Nile is a mystery thriller film directed by Kenneth Branagh from a screenplay by Michael Green, based on the 1937 novel of the same name by Agatha Christie. The film is a follow-up to Murder on the Orient Express (2017) and stars Branagh returning as Hercule Poirot.

Ali Fazal took to his social media and captioned his post, “ONE MONTH TO GO! All aboard the Karnak!! Here’s a glimpse of who you will meet…@deathonthenile @officialagathachristie @20thcenturyin”

The film is the third screen adaptation of Christie’s novel, following the 1978 film and an episode of the television series Agatha Christie’s Poirot broadcast in 2004.

The film is set to be theatrically released on February 11, 2022, by 20th Century Studios. Its release has been delayed several times due to the COVID-19 pandemic. Now it is slated for the 11th February 2022 release.

Apart from Death On The Nile, actor Ali Fazal is shooting for one more mega-movie titled Kandahar, also starring Gerard Butler in the lead role.