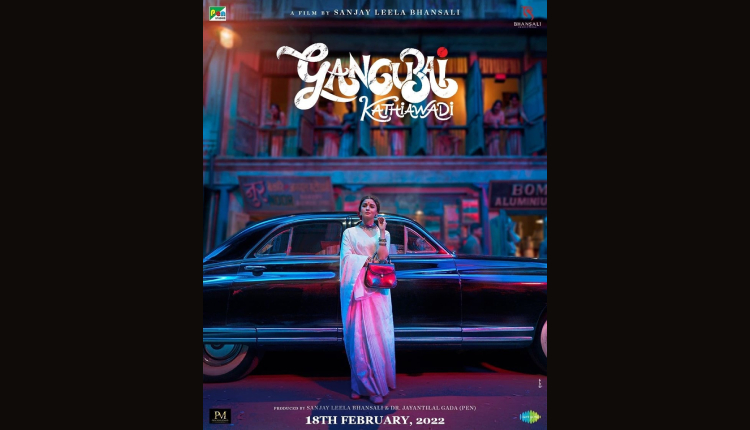 The magnum opus, which was delayed multiple times owing to the coronavirus pandemic, is helmed by Sanjay Leela Bhanshali. The period drama, which has been adapted from one of the chapters of noted author Hussain Zaidi’s book, ‘Mafia Queens of Mumbai’, features Alia in the lead role of Gangubai, one of the most powerful, loved and respected madams from Kamathipura during the 1960s.

The official handle of Bhansali Productions dropped the confirmation on the release date. It said, “The power of this queen has no bounds. #GangubaiKathiawadi officially selected for the #BerlinFilmFestival2022 In cinemas on 18th February, 2022 #SanjayLeelaBhansali @ajaydevgn @aliaabhatt @prerna_singh6 @jayantilalgadaofficial @penmovies @saregama_official”

The film also stars Ajay Devgn, Vijay Raaz, Indira Tiwari, and Seema Pahwa. Prior to the theatrical release, the period drama is heading to Berlinale 2022 for its world premiere.

Meanwhile on the work front, Alia Bhatt’s upcoming projects also include a starring role opposite Ranbir Kapoor in Ayan Mukerji’s fantasy film trilogy, the first of which is named Brahmāstra.

She will then appear in RRR and Rocky Aur Rani Ki Prem Kahani. She is also slated to make her production debut with Darlings, which will mark the directorial debut of screenwriter Jasmeet K. Reen.