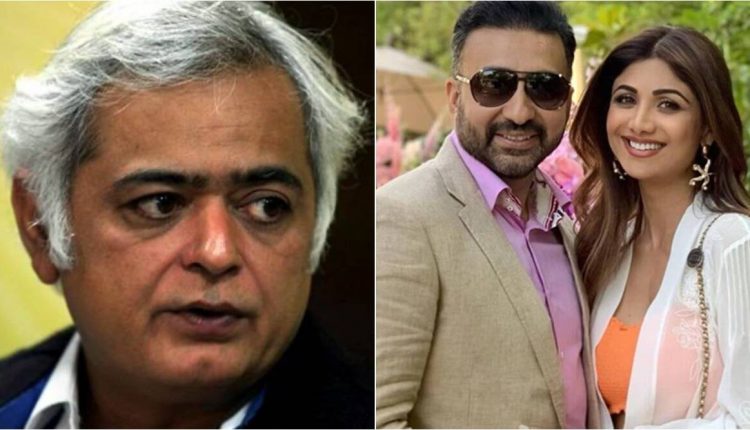 Taking to his social media profile, Hansal Mehta doled out series of Tweets, expressing his anger and called people out on their double standards.

He wrote, “If you cannot stand up for her at least leave Shilpa Shetty alone and let the law decide? Allow her some dignity and privacy. It is unfortunate that people in public life ultimately are left to fend for themselves and are proclaimed guilty even before justice is meted out”

“This silence is a pattern. In good times everybody parties together. In bad times there is deafening silence. There is isolation. No matter what the ultimate truth the damage is already done”

“This vilification is a pattern. If the allegations are against a film person there is a rush to invade privacy, to pass sweeping judgment, to character-assassinate, to fill ‘news’ with trashy gossip – all at the cost of individuals and their dignity. This is the cost of silence” read the full thread of tweets.

Shilpa Shetty’s husband businessman Raj Kundra has been accused of creating and publishing pornographic content via the HotShots app , and duping people via his online-cricket betting app. Kundra is currently lodged in Arthur Jail, waiting for his next hearing.

Meanwhile, on the work front, Hansal Mehta is busy with Scam 2003 – The Telgi Story, based on the life of Abdul Karim Telgi. It will be adapted from the Hindi book, Reporter Ki Diary, written by journalist Sanjay Singh, who is credited with breaking the story of the scam back then.

Makers Welcome Kiara Advani Is On-Board #RC15 On Her Birthday