Allu Arha Will Be Making Her Debut With Shakuntalam, I Am Proud Says Allu Arjun 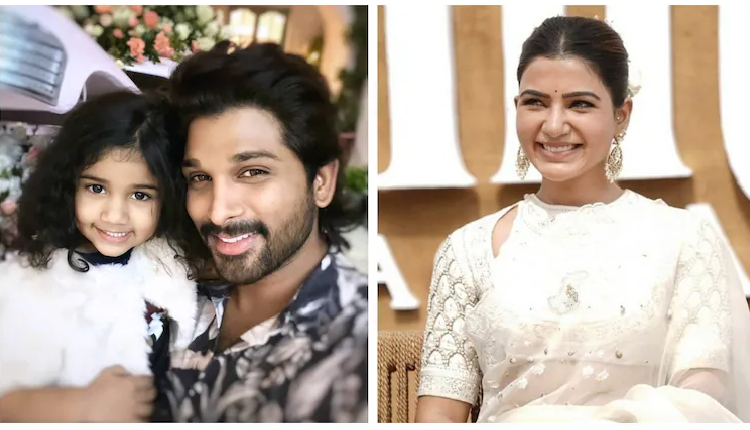 Superstar Allu Arjun took to his social media profile and announced the acting debut of his daughter Allu Arha, marking fourth-generation Allu in the entertainment industry.

Allu Arjun shared, “A proud moment for the Allu family to announce that the fourth generation, #AlluArha will be making her debut with #Shakuntalam movie. I want to thank @Gunasekhar1 Garu & @neelima_guna Garu for giving my daughter this beautiful movie as her debut”

“I had an altogether different journey with @Samanthaprabhu2 and am happy to watch Arha debut with her movie. My best wishes to the entire Cast & Crew of #Shakuntalam”

Starting with Allu Ramalingaiah, then Allu Aravind and Allu Arjun, and now Allu Arha is entering movies. Newbie Arha will be playing a crucial role in Shakuntalam and she joined the sets of the Gunasekhar directorial earlier today. Her portion will be completed in 10 days.

Directed by Gunasekhar, the film is produced by Neelima Guna and Dil Raju under the banner of Gunaa Teamworks and Dil Raju Productions respectively. Based on a popular Indian play Shakuntala by Kalidasa, the film features Samantha Akkineni in the titular role of Shakuntala.

Arjun Rampal wraps up his schedule for the film ‘Dhaakad’

Shershaah Teaser Is Out, Film Will Stream On Amazon Prime Video