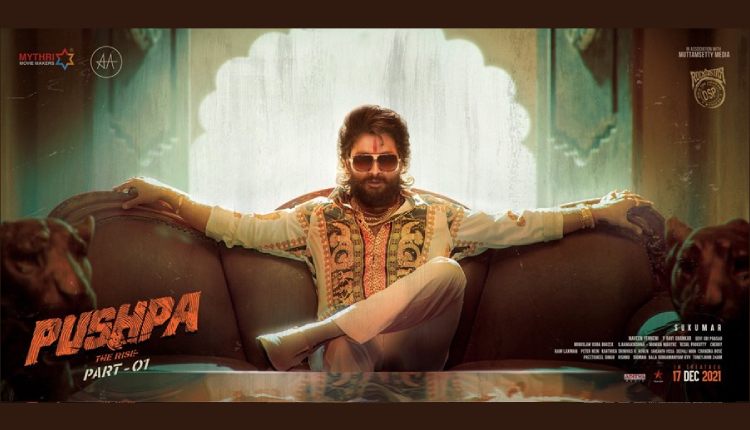 On the poster, Icon Staar Allu Arjun looks super intense as he sported a vintage swag look. He looks unprecedentedly terrific in red tilak, sunglasses, and a lot of gold chains.

The film is helmed by Sukumar and produced by Mythri Movie Makers. The film will also have Fahadh Faasil as an antagonist, Rashmika Mandanna in the female lead role, and Sandalwood actor Dhananjaya in an important role.
Pushpa’s music is composed by Devi Sri Prasad, with cinematography and editing performed by Miroslaw Kuba Brozek and Karthika Srinivas respectively. The much-awaited film has been shot in Telugu and will be dubbed in Hindi, Kannada, Malayalam, and Tamil languages.