ALTBalaji and MX Player’s Girgit beats Sardar Udham to become one of the most-watched digital content of the week! 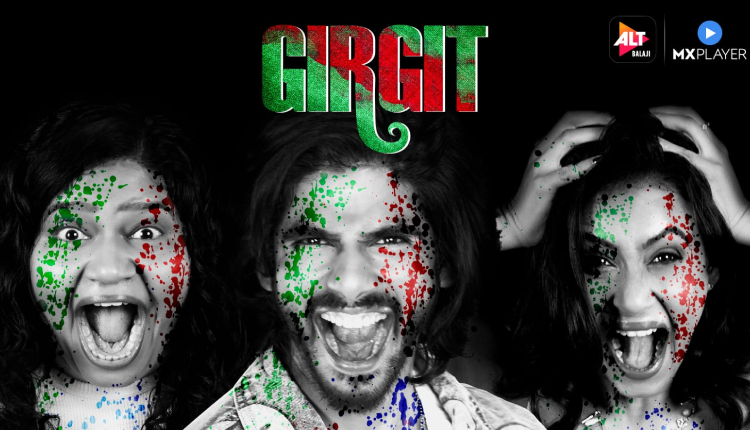 ALTBalaji and MX Gold’s obsession thriller, Girgit, which streamed on the OTT platforms from October 27 continues to shine in just a week after its launch. Ormax Media released a report that revealed the Top 5 Streaming Indian shows/movies of the week based on the viewership that estimates from October 25th to October 31st, 2021. And guess what! ALTBalaji and MX player’s Girgit ranked fourth in the list. With a staggering viewership of 3.3M, Girgit took the fourth spot. Interestingly, Girgit beat the much-touted and anticipated Sardar Udham Sign, as the latter took the fifth rank in the list.

These numbers showcase audience love and have proven worth all the anticipation built around the season. Without any further doubt, the show can be tagged as a digital blockbuster. Moreover, the show has become a massive success for ALTBalaji and MX Player, which revolved around the changing colours of human personalities.

The story is set in Himachal Pradesh, with Ranbir Khetan being the protagonist. What happens when Ranbir (Nakul Roshan Sahdev) gets embroiled in the murder case of his beloved wife Jahnvi Khetan? While Ranbir tries to prove his innocence as he is set to marry another girl (Ashmita Jaggi), a foul-mouthed cop Rathod (Samir Vermani), is hell-bent on proving him guilty. In the midst of these, two con girls (Taniya Kalrra and Trupti Khamkar) get involved in Ranbir’s life. How a concoction of human emotions spills out in this crooked story, is the basic premise and idea behind Girgit.

Binge-watch all the 7 episodes on ALTBalaji and MX Gold!

Glimpse Of RRR Is Out, SS Rajamouli Has Created An Experience