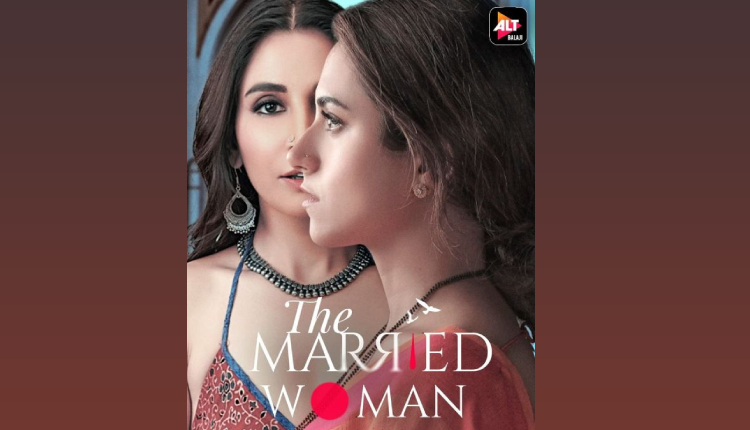 ALTBalaji dropped yet another big surprise for their audience. They have renewed the much popular show The Married Woman for yet another season. Yes, you read that right!

Ridhi Dogra and Monica Dogra, who played Astha and Peeplika in the show, will return to reprise their characters in the second season. Interestingly, the renewal news has come amidst International Pride Month, making it way more special for the LGBTQIA+ community.

Ridhi Dogra, who played the married woman in the show said, “I’m so glad that it has happened during Pride Month.” Talking about where she wishes to see Astha in the second season, she added, “I want to see Astha in Paris! I don’t know if Hemant would follow her. But I want the season to open in Paris.”

Monica Dogra, who played a pansexual Peeplika in the show, added, “I want them to have another shot. I want their reunion, something I heard from a lot of fans. I would like to give them happy moments.”

Suhaas Ahuja, who played Hemant had a hysterical twist for the second season. “Because Astha is depressed, he takes her to Paris. And there Peeplika falls in love with Hemant. Meanwhile, Astha becomes like Peeplika, while Hemant will tame down Peeplika and make her sanskaari.”

The Married Woman, is a story set in the 90s about Astha and Peeplika. While Astha is a dutiful housewife and a mother, Peeplika is an unconventional artist. It is a story of Astha trying to figure out herself, and during her journey, meets Peeplika. However, the series ended on a cliffhanger when Astha gets to know about Peeplika’s past, making her dubious about their relationship.

While there is still some time for the second season to come out, go to the ALTBalaji app right away and re-watch the first season of The Married Woman!