Amazon miniTV announces the premiere of their latest offering ‘Tasalli Se’ which will stream on the service within the Amazon shopping app for absolutely FREE! 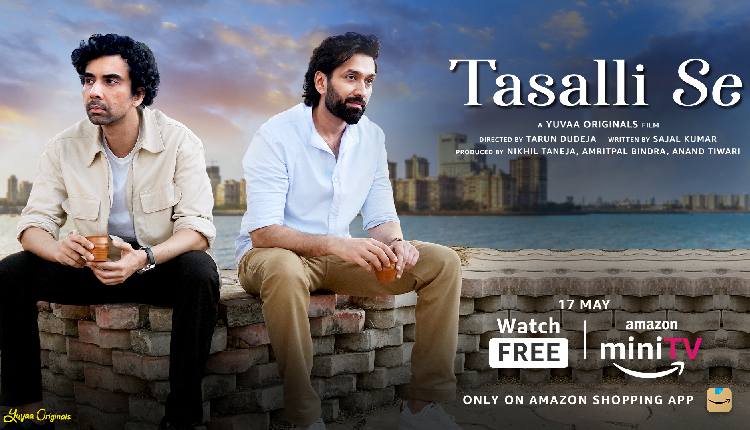 The story revolves around two very friends, Somesh (Nakuul Mehta) and Ranjan (Naveen Kasturia), who had a fallout after a spat on social media but reconcile after 12 long years. Sincere and relatable to the core, the short film showcases the manner in which the strongest of bonds can be rocked due to misunderstandings but can be mended on the back of trust and loyalty. With time seeing both of them mature, their conversations make them realize that the perspective of the other person, that they earlier disagreed on makes more sense now.

“This story of how two best friends reunite after a long time makes this film very relatable. Featuring some of the country’s finest talents, Tasalli Se is a heartwarming story that will leave audiences nostalgic reminding them of their friends with whom they have lost touch with. We look forward to their response as they appreciate yet another impressive story from our award-winning content library,” said Girish Prabhu, Head of Amazon Advertising.

“In a world where we are quick to judge each other over our social media opinions, Sajal Kumar has written, and Tarun Dudeja has directed a story that shows what we may lose out on if we don’t focus on what’s important – Love and Friendship. We hope that Tasalli Se will compel the audiences who watch it to make a call to their long-lost friends. We are delighted to associate with a platform such as Amazon miniTV who takes charge in showcasing such impactful short stories and that too absolutely free.” said Nikhil Taneja, Co-Founder and CEO, Yuvaa Originals.

Tasalli Se premieres on 17th May on Amazon miniTV.