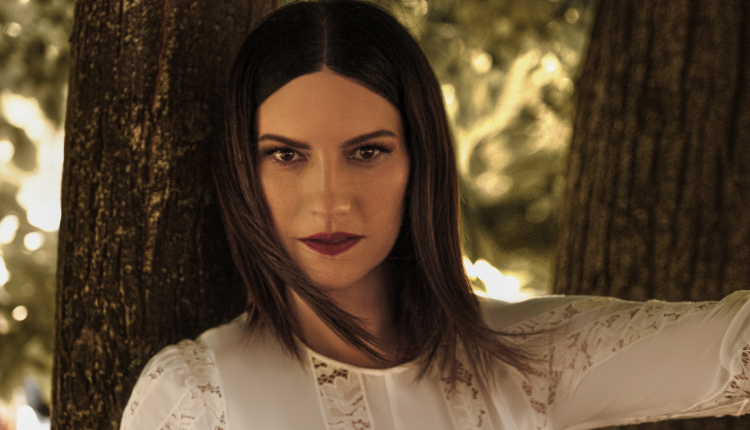 With over 70 million albums sold worldwide, Laura Pausini is one of the most highly regarded Italian artists in the world. Her international reach makes her uniquely positioned as an Italian recording artist. Pausini recently collaborated with songwriter Diane Warren on the song Io Sì (Seen) which won Best Original Song in a Motion Picture at the Golden Globes, and was the first woman in the history of Italian music to be nominated at the Academy Awards for Best Original Song, for the same song, which she also performed during the 2021 Academy Awards Ceremony filmed in Los Angeles and broadcast all over the world. With this new project, Laura Pausini, the most beloved and esteemed Italian artist in the world, is making her cinematic debut on a film that revolves around her and her extraordinary story.

Based on an original idea by Pausini, the film is written by Ivan Cotroneo and Monica Rametta, and Gherardo Gossi (Diaz, Le Sorelle Macaluso) will serve as the Director of Photography. Director Ivan Cotroneo, one of the most prestigious names in Italian cinema, gives shape to this new narrative concept that will put the Queen of Italian Pop in front of a feature film camera for the first time ever for this unique project. This innovative film invents a new genre, making room for Pausini’s love for cinema, and unveils her true soul to the audience through exclusive never-before-seen glimpses of her private and professional life while giving her a great opportunity to discover new unknown aspects of herself and of her world, which will be revealed to the audience for the first time.

“I had been receiving offers for film projects for some time, but I couldn’t find anything that was special enough to devote my time and energy to,” says Laura Pausini. “I didn’t feel any urgency to tell my story, and I was looking for an innovative script. In February 2020, I met Amazon Studios and during one of our meetings I realised there was a story I had never told that was important to me and that I now wanted to share. I am happy they immediately supported my artistic idea with enthusiasm. We will try to tell this story in the way I feel is the sincerest, as I have always been doing with music, this time with all my passion for cinema. Shortly before the Golden Globe victory, I started working with an Italian author and director that I really respect, and our collaboration generated this madness I am preparing to face with great dedication and that I am sure will amaze even those who think they know me well!”

“We are honoured to welcome Laura into the Amazon Studios family; an extraordinary artist who is loved and celebrated around the world,” says Georgia Brown, Head of European Amazon Originals, Amazon Studios. “This Italian Amazon Original Movie is a truly innovative project and we’re delighted to be working with trail-blazing creators to create a compelling, unique story for our customers. We look forward to enchanting Prime Video audiences around the world with Laura’s incredible story.”

“This project perfectly embodies our ambitions at Amazon Studios in Italy: to bring to life stories in an innovative way to surprise and delight audiences,” adds Nicole Morganti, Head of Amazon Originals, Italy. “We are thrilled to be bringing to life this ambitious production that will experiment like never before with perspective and storytelling. We are honoured to be working with such an incredibly talented artist, Laura; with a world-class creative team led by Ivan Cotroneo; and with our trusted production partner, Endemol Shine Italy. Thanks to the genius of this extraordinary team, we will bring viewers in Italy and around the world the story of woman and an artist who has channelled her empathy, creativity and extraordinary talent into something remarkable.”

“Our collaboration with Amazon Prime Video continues and once again it takes the shape of a creative and production challenge that will allow us to work with top names both in front of and behind the camera,” comments Leonardo Pasquinelli, CEO of Endemol Shine Italy. “With this project we are focusing on an international star of the highest calibre and we are experimenting with a completely new narrative style in order bring to life the never-seen-before, intimate and authentic story of Laura Pausini.”