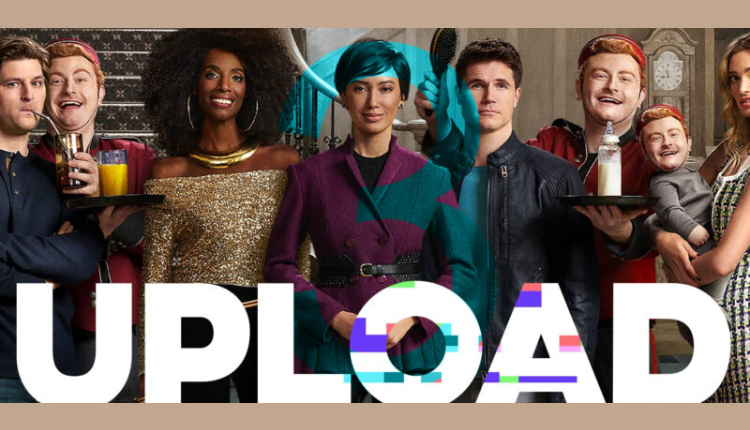 Amazon Studios announced today it has renewed the fan favorite sci-fi comedy series Upload from Emmy Award-winning writer Greg Daniels (The Office, Parks and Recreation) for a third season. Season Three will exclusively stream on Prime Video in more than 240 countries and territories worldwide. Season Two of Upload premiered March 11, 2022, and has remained a Top 10 series on the service ever since. The series also landed on Nielsen’s Top 10 Originals list.

“Upload has become a bonafide hit that continues to be one of the most watched comedy originals on Prime Video,” said Vernon Sanders, head of global television, Amazon Studios. “The series continues to connect and provoke endless possibilities for the future of technology and humanity. With Greg’s distinct comedic take along with the dynamic creative team and talented actors, they’ve made a globally relevant series which we’re all incredibly proud to bring back another season for our customers.”

Creator and Executive Producer Greg Daniels said, “I’m thrilled to continue the story of Nathan and Nora and the other residents of Lakeview and near-future America as they try to have fun and do the right thing in both the real and virtual worlds.”

Upload is a sci-fi comedy series set in a technologically advanced future where hologram phones, 3D food printers, and automated grocery stores are the norm. Most uniquely, humans can choose to be “uploaded” into a virtual afterlife. In Season Two, Nathan is at a crossroads in his (after) life: His ex-girlfriend Ingrid has unexpectedly arrived to Lakeview hoping to strengthen their relationship, but his heart still secretly yearns for his customer service angel, Nora. Meanwhile, Nora is off the grid and involved with the anti-tech rebel group “The Ludds.” Season Two is packed with new near-future concepts, including Lakeview’s newest in-app digital baby program called “prototykes” and other satirical glimpses of the technological advances and headaches to come.

The series was created by Greg Daniels, who also serves as executive producer along with Howard Klein.

Happy birthday, Mariefleur! – A special anniversary for a much-loved classic