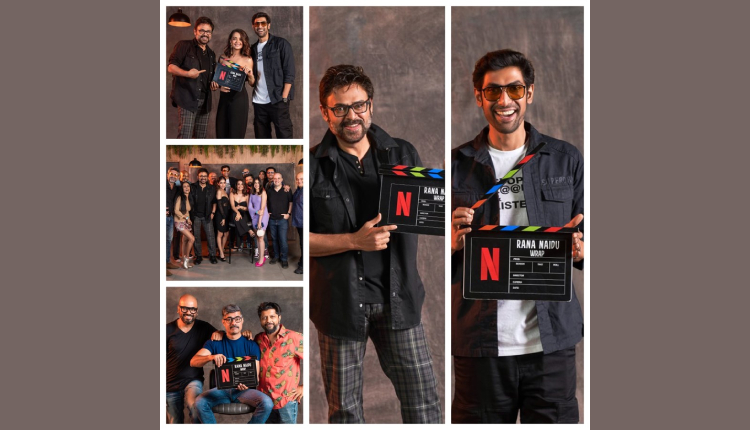 For the first-time ever, Baahubali’s Balaldev aka Rana Daggubati will be seen sharing screen space with his uncle ‘The Superstar’ Venkatesh Daggubati in Netflix’s upcoming crime-drama series ‘Rana Naidu’ and the shooting for the same is complete.

The official handle of Netflix India shared a series of pictures confirming the same. It said, “Some news to make your Monday better: IT’S A WRAP ON THE SETS OF RANA NAIDU AND WE’RE ONE STEP CLOSER TO SEEING OUR FAVES ON [email protected] @RanaDaggubati @VenkyMama @SurveenChawla @sushant_says @nowitsabhi @suchitrapillai @gauravchopraa @rajeshjais1 @AshishVid @krnx @Suparn @IncLocomotive @ViaCBSGlobalDst”

The action drama will follow the life of Rana Naidu, the go-to guy for everyone in Bollywood when they have a problem. Produced by Locomotive Global Inc., the series is an official adaptation of the SHOWTIME American popular drama series ‘Ray Donovan’

Rana Naidu A powerful, action-packed story about the lives of the rich and famous, and Netflix – that’s THE recipe for an interesting watch! Adding more sizzle to this is the never seen before coming together of megastars.