Arjun and Janhvi Kapoor are coming soon together with something exciting 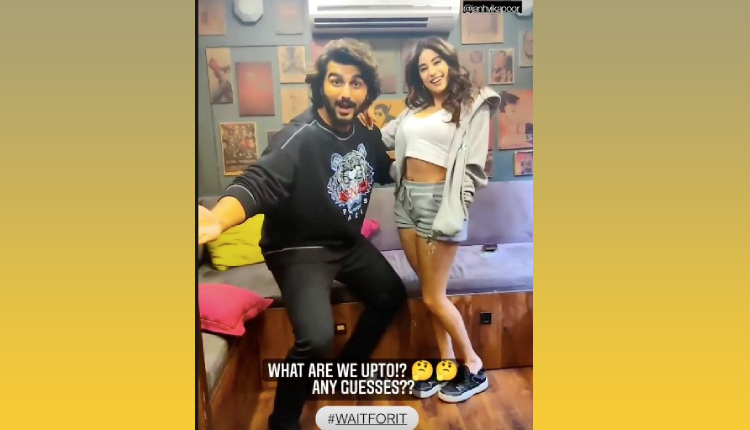 Arjun Kapoor has bonded well with Janhvi and Khushi Kapoor post the demise of their mother Sridevi. The four siblings Arjun, Anshula, Janhvi and Khushi have been seen many a times spending quality time together and looks like now Arjun and Janhvi are set to collaborate for a project.

Both of them shared a video on their insta story. In the video we can see them together and Janhvi wrote,”Coming Soon..Something Exciting’. Arjun too wrote, “What are we upto? Any guesses??#waitforit”

In the video, both of them look quite excited. And now their fans also can’t keep their excitement to see them together. Prior to this, they both were seen together in season 6 of Koffee with Karan where the fun banter between the brother sister was loved by the audience.

On the workfront,  Arjun will next be seen in ‘Bhoot Police’ starring Saif Ali Khan, Yami Gautam and Jacqueline Fernandes alongside him. The film is being helmed by Pavan Kirpalani and produced by Ramesh Taurani and Akshai Puri.

He will also be seen in Mohit Suri’s ‘Ek Villain Returns’ starring Tara Sutaria, Disha Patani and John Abraham alongside him.

While, Janhvi will be seen in ‘Good Luck Jerry’ which is a black comedy crime film directed by Sidharth Sengupta. It also features Deepak Dobriyal, Meeta Vashisht, Neeraj Sood and Sushant Singh. It is a remake of a tamil film Kolamavu Kokila.

‘Film Toofaan is not just a sports film’, Ritesh Sidhwani